It would be hard for someone to actually get hurt by it, but I understand the concern.

The actual gauge could burst, but I have had that happen with a brand new pressure gauge in the last 5 years. No one should be looking at a pressure gauge when opening the cylinder.

This gauge reads 3000 psi. I would hope no one would try to use it on a higher pressure cylinder. Do we need to put warnings...


The yoke would be the more concerning item to most divers, but a yoke like this do not tend to fail in a catastrophic and dramatic way. The typical yoke failure is a slight flexing and the O-ring extruding and blowing. It is very disturbing to a beginner and give yokes a bad reputation, but it is really not normally dangerous... at least not physically.

I have seen many vintage undersized yokes flex just enough to be a bit of a concern, but I have never seen one fracture in a catastrophic failure. The worst outcome that I have seen (and can expect) is a blown O-ring that relieves the pressure. Not a great experience, but we get over it.


If you want to use it for display. By all means, just remove the seat from the bleed valve or loosen up the gauge so that it leaks.
Luis

Yeah they tell you to open the valve slowly that doesn't necessarily work the oring completely
20,000 leagues under the sea diving to adventure
in a silent world with my ceiling the waves....Emile

Open Ocean Diver:
Does anyone remember diving without any training to 100 feet for an hour back in the day this all started?

Apparently with Aqualung’s self contained diving unit back in 1952 you could and they did. See attached advertisement.. dive to 100 feet for an hour without training and after 7 year no casualties.

Please share your stories if you started diving without training in the 40’s and 50’s and how you started.

That's nothing, my buddy certified with nasds in the 70's. One of the checkout dives was inside an underwater cave.
When the jaws open wide, and there's more jaws inside
That's a moray.
OP 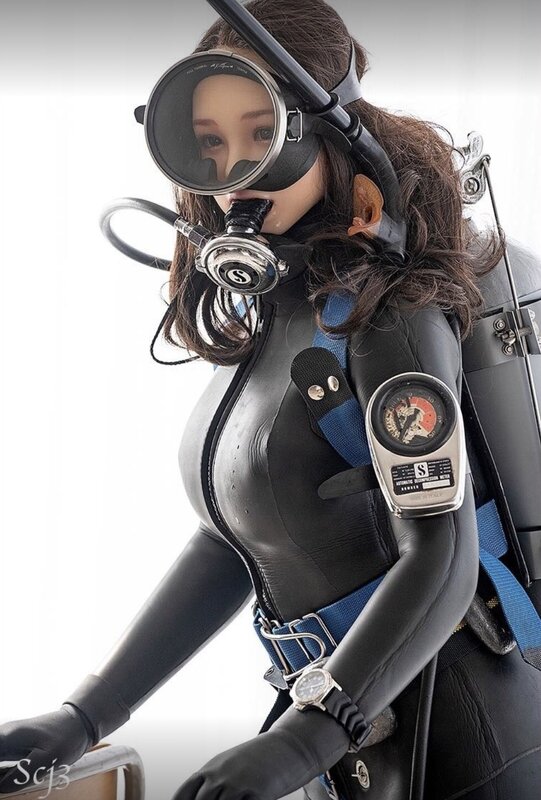 Decometer on the arm ? Not the easiest way to read it, I fear.
The worst day diving is better than the best day working !
Tried to be normal once. The worst 2 minutes of my life !
OP

JMBL:
Decometer on the arm ? Not the easiest way to read it, I fear.
Click to expand...

And the display looks broken up.
kevin

That's a silicone sex doll dressed up in dive gear, nice isn't she??? 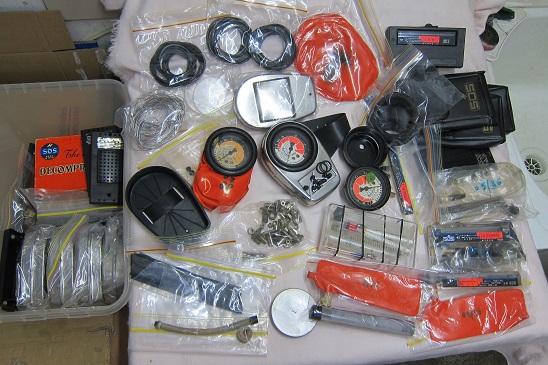 I can do that!
20,000 leagues under the sea diving to adventure
in a silent world with my ceiling the waves....Emile
OP

I think you’re right after looking a little closer. I do want mine serviced. Let me know what I need to do to get service. Thanks
kevin

No kidding??? May I ask what's the motivation been that? I can feel the collector's interest to have a vintage piece in pristine condition but please, do tell me : you don't intend to dive with such a contraption? You're worrying me.
The worst day diving is better than the best day working !
Tried to be normal once. The worst 2 minutes of my life !

Open Ocean Diver:
I think you’re right after looking a little closer. I do want mine serviced
Click to expand...

I'm just going to assume it's the Bend-O-Matic you need serviced......
You must log in or register to reply here.

D
A shout out to Living Underwater dive op/The joy of bringing a new diver to the sport!