What do you call this gear?

I was fortunate to have the opportunity to dive a Mark V helmet while taking Dick Rutkowski's hyperbaric medicine course at Hyperbarics International in Key Largo. This was really a tremendous experience, one that I will not forget, highly recommended.

lonebrave:
hard hat (both the old and the new as in your avatar...both are hard, not necessarily heavy, right?)
Click to expand...

True. The &#8220;old&#8221; hats were spun copper, and displaced a lot more water than they weighed. The weight varies but the US Navy Mark V is 54 Lbs for the hat and breast plate. The navy used an 85 Lb weight belt plus 35 Lb shoes, though the commercial diving industry&#8217;s models were around 15-25% lighter.

Modern lightweight hats are pretty close to neutral in the water and in the 20-30 Lb range. Most are fiberglass and a few are Bronze or Stainless. The industry leader is Kirby Morgan. This is the same Bev Morgan who was an early pioneer in Scuba diving. With few exceptions they have demand regulators, support freeflow, and bailout bottles to backup the primary umbilical supply. Also hard-wire communications is standard.

I guess "....the what?" prompted my question. It was called &#8220;Deep Sea&#8221; or &#8220;Hard Hat&#8221; gear in the Sea Hunt Days (1950s). Heavy Gear became common in the US commercial diving industry after lightweight FFMs and hats started to dominate. I lost track of what the general population called it. Believe me, I wished it was WWII vintage. In hind sight I don&#8217;t regret training in this gear, but I am sure glad I never had to actually work in it.

As much as I hate to say it, being one of the many post-heavy gear evangelists, heavy gear still has its place. Aside from being the least expensive gear to maintain, it is what you want to wear in a cold contaminated harbor running a hack hammer. You can make yourself 50 Lbs heavy on the bottom or wrap your arms around some 200 Lb part, inflate the suit, and walk it over the bottom like you are superman&#8230; just don&#8217;t let go.
Last edited: Sep 8, 2012
Click Here: ScubaBoard needs your help...​

I now call these types of divers "hard hat diver", but before i ever started diving i was prone to call them "Big Dady" or "Metal Dady" as i played alot of Bioshock.

What is the offical term for these divers?? OP if you say that the helmet you have isnt a "hard hat" isnt it pretty much the same thing. 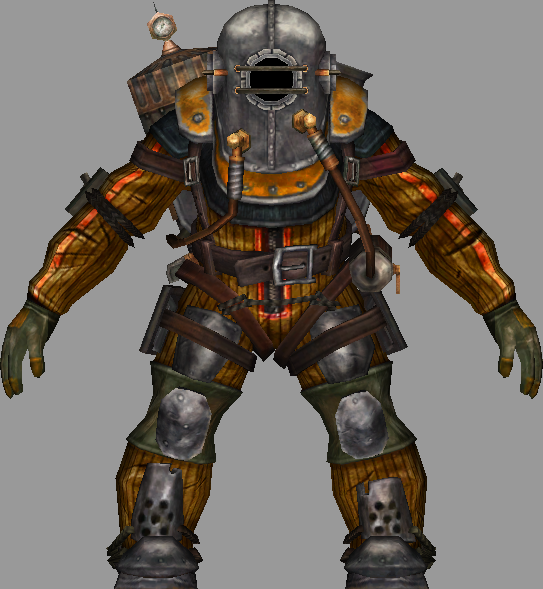 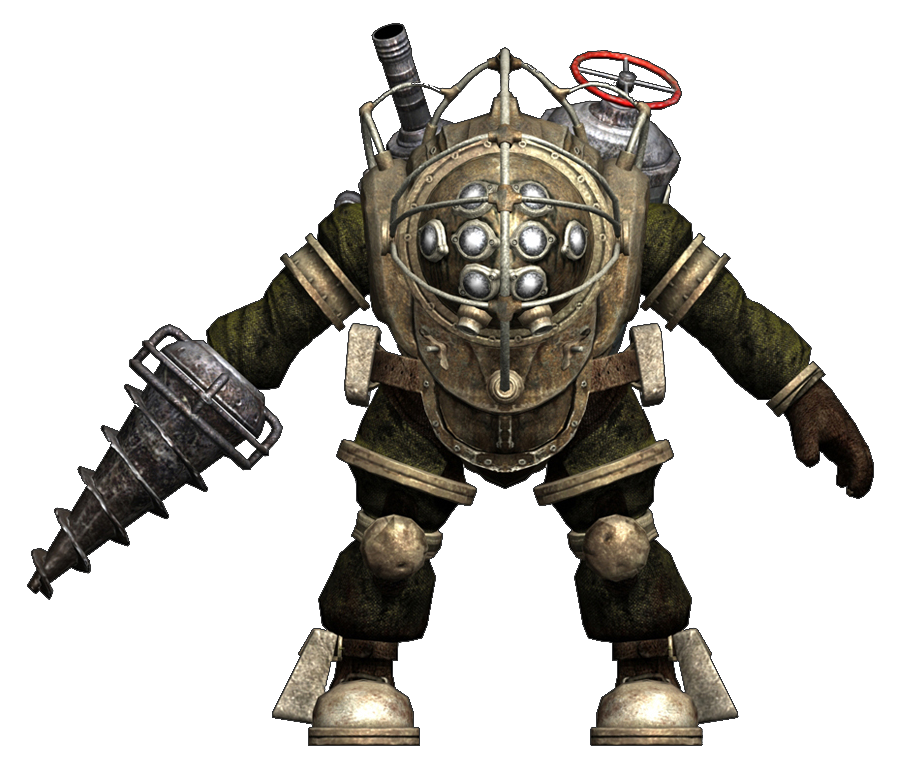 Your helmet looks hard. Is it?
Carbon Monoxide is toxic, odorless, tasteless, and can be produced by any overheated compressor, but most fill stations don't test. You can test the tanks you breathe or - dive on hope.
Testing is safer...

AND, always take your own CO alarm on any overnight trip!
See "Carbon Monoxide kills again, while they slept"​

Having no comercial or saturation diving experience, this is one of the most interesting threads I have seen on this site. Thanks for sharing.
1. Always use the right tool for the job.
2. A hammer is always the right tool.
3. Anything can be used as a hammer.

ermaclob:
I now call these types of divers "hard hat diver", but before i ever started diving i was prone to call them "Big Dady" or "Metal Dady" as i played alot of Bioshock.

I would call these guys Sir followed up with a humble bow as I am looking for the door!

Hard Hat and Deep Sea Divers are the &#8220;classic&#8221; names I know. But there is obviously no &#8220;standard&#8221; used here. Besides, by modern saturation diving standards it is hard to call common air-breathing surface supplied divers &#8220;Deep Sea&#8221; &#8212; especially dressed in gear invented before the Civil War. I would not expect the term &#8220;Heavy Gear Divers&#8221; to be used outside the commercial diving industry so I thought I would ask.


DandyDon:
Your helmet looks hard. Is it?
Click to expand...

Sure, 316 Stainless Steel. Nobody is to say Hard Hat is wrong, but the term was used for the spun-copper Mark V variety long before lightweigh hats and hot water suits (or wetsuits for that mattter) were invented.
Last edited: Sep 8, 2012
Click Here: ScubaBoard needs your help...​

Akimbo:
Sure, 316 Stainless Steel. Nobody is to say Hard Hat is wrong, but the term was used for the spun-copper Mark V variety long before lightweigh hats and hot water suits (or wetsuits for that mattter) were invented.
Click to expand...

just as a generality, any dive helmet thats make a knocking sound when you knock on it is a hard hat to me.

to be honest i, think of "hard hat diving" as the type of diving when some one walks (no fins), with a surface air line to a helmet (doesn't mater what its made of). if you use use tanks its scuba even with a hard helmet. at least thats how i think of it. this really isnt a subject i ponder about

Watch some of my dives at my Youtube Dive Channel AvidDiving

I call it awesome!

When they came on the scene, the first SCUBA divers (Cousteau first labeled them "menfish") were called "skin divers" because they were relatively naked in comparison to hardhat divers, who were just called "divers". They were also called "free divers" because they were not tethered to the surface like real divers. This was all very distrusted by most of the existing diving fraternity as being quite dangerous. As SCUBA became common place, snorkelers began to be called "skin divers" as they then became rather lightly dressed in comparison. Now the term "free diver" is used to describe a snorkeler who's main objective is to descend beneath the surface (rather than float and look down).
If no one reinvented the wheel we'd still be driving around on stone wheels.

Hard Hat (heavy rig) Helmet rig a major diffference IMO is the helmet rig can faciltate underwater swimming.
I can explain it for you but I can't understand it for you
"The sea, once it casts its spell, holds one in its net of forever". Jacques Cousteau
*****Call to political violence removed by moderation team.*****
Free speech is more important than anyone's feelings.
"You know, three-fifths of the world is covered by the sea, and how little most of us know about that underwater world. Go below with us again next week". Huh? . "For another thrilling adventure in Sea Hunt." Lloyd Bridges

Museum artifacts..
Tea Parties are for little girls!
You must log in or register to reply here.

Question The perfect carry on, how do you travel?
2 3