Why not attach spool to DSMB before the dive?

I clip my reel and my smb to the lower left D ring by my waist. Sometimes they're clipped together and I remove them as one, other times I clip them individually to the D ring. It just sort of happens.

I never really gave it any thought and now I see a 12 page thread about it.

Does it really matter?

I mean sometimes I miss a belt loop at work. When someone points it out, I usually fix it. Sometimes I don't bother because my shirt covers it.

There's better things to worry about in life.
J

I thought you were supposed to train like you dive? Could not the instructors invent some other task loading event that is not opposite of what you would do on a reel dive?

Wibble:
Big is best. Girth matters as much as length.
Click to expand...

That what she said.

Here's what works for me after trying tons of different configurations and permutations.

Primary reel (for penetrations and shooting DSMB) is on my butt D-ring. Right pocket contains the primary SMB and backup reel (100ft). Each on its own double ender and clipped within the pocket. Left pocket is backup SMB and backup mask.

I no longer carry an SMB and reel attached to each other and certainly NOT outside a pocket. I can't tell you how many times an SMB unrolled or the spool unrolled. At times it's a nuisance, but at one point it became an entanglement hazard. The line was everywhere. This is especially true if you do any type of wreck penetrations, where I've had my equipment snag. Anyway, I digress.

So here's a picture of my primary reel and SMB: 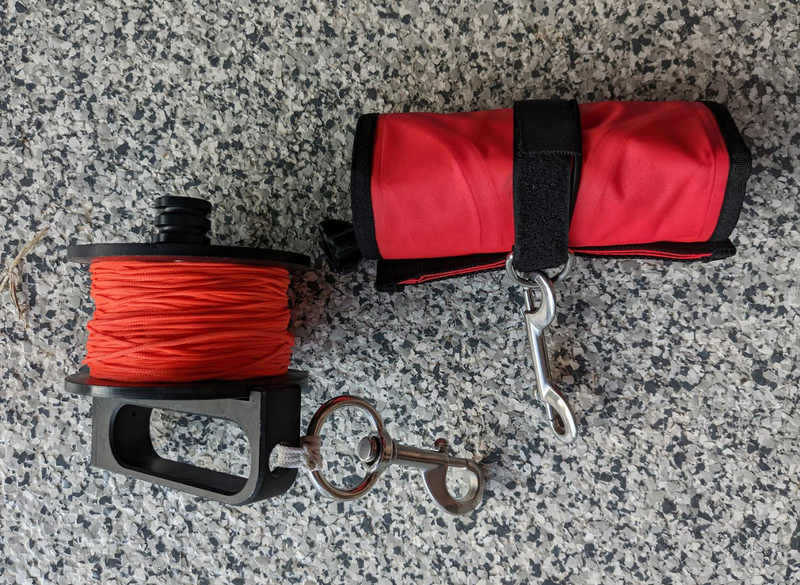 Now, if there's just no time to futz around with attaching the reel and it MUST be deployed right away, I'll just use the double ender like so: 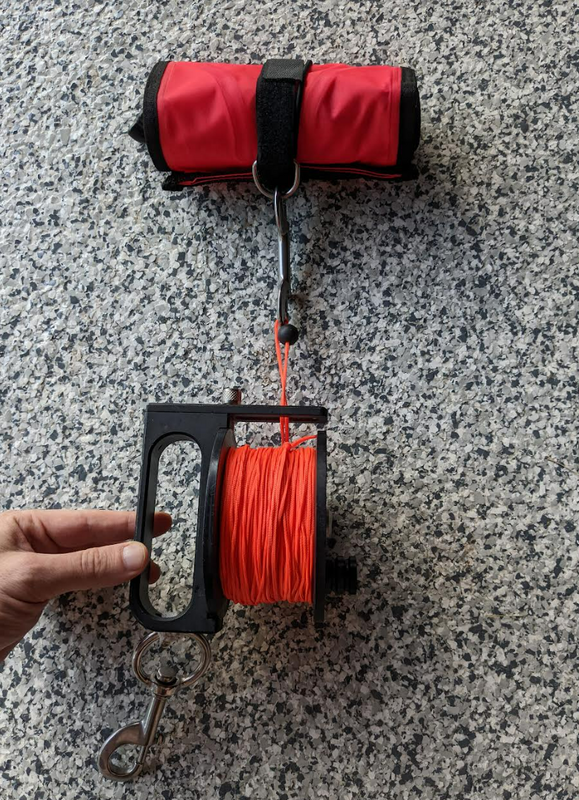 If anything happens to my primary reel or SMB, then I go to the backup.

One of the reasons I've separated everything is because my 100ft reel was no longer long enough to launch the DSMB when I'm on a deep wreck and carrying the equipment outside my pockets was problematic, as I've stated. Lastly, I had one situation where I needed a line to secure deco cylinders and if everything is constantly attached together then I'll have to bring additional reels for additional tasks. Keeping everything separate keeps my gear options flexible and as you can see in the picture above, it takes no time to deploy the DSMB.
Mostly enjoy deep wreck penetrations.

Reel doesn't fit in my pocket but I don't want the DSMB to accidentally unroll.

I was trained to assemble. It's what is the procedure during a fundies course, main reason however is to add workload to you, while you need to maintain trim, position, depth, and keep awareness (eye contact with buddies).

However in day to day wreck diving I keep the spool attached to the SMB and in my left pocket. If I need another spool/reel if penetration warrants this I'll add one, if I need more than 1 smb I'll add that but disassembled. If I really need the spool I can always disassemble it.

Keep it simple!
Keeping my posts less than my dives

I had the opposite problem a couple of weeks ago. I keep an smb tied to my spool . The spool I had was recently ordered from DGX but I forgot how much line I ordered it with.

We were diving in S. Florida and our own dive boat ran over our flag and severed the line a few minutes into the dive. Rather than abort the dive, we chose to send up my smb, but since I didn't know how much line I had on it for the 65 depth (plus scope) we would need, I untied it from my spool and my buddy tied it to remaining line for the flag. (Turns out i ordered the 100ft so I would have been fine with the spool anyway).

Ayisha:
How long is it taking some divers to attach an SMB to a spool, to the point that they believe it impacts their safety?

It should only take seconds. If it's taking significant time, then maybe more practice or more proficient techniques are needed.

It's been stated in this thread that the spool and SMB are left detached in a pocket during GUE/DIR training as an exercise, and this is reflected in the videos. During GUE Fundamentals, the instructor observes how task loading with the assembly and deployment of a DSMB while doing an air share and graduated ascent affects buoyancy, trim, situational awareness, navigational awareness, team formation and communication, etc.

If you're not doing training for a particular course that requires assembly of a DSMB, do whatever is comfortable for you.
Click to expand...

I had a minor one where diving in 3 where my buddy hooked a permanent buoy at the dive site with his DSMB, when we finished the dive and the current was stronger than expected.

He got pulled towards the surface and didn’t want to let go before I launched a DSMB because he thought we could get lost. With the speed at which he was pulled I really thought his DSMB was pulled by a boat. (It’s only after the dive that the boat told us he saw it entangled with the buoy)

I keep one of my two dsmbs already prepared so it was no issue. But it would have been harder to keep at the same depth with him fighting to keep down while assembling one making sure than the third guy is with us in low vis.

SMB is bungied on dead side of reel and connected if I am not pulling a flag.

Follow up question: when storing the 2 unattached, I am able to secure the line by passing it through 2 holes on the spool in a similar way to what you have in the picture. It basically avoids the double ender to open unintentionally. 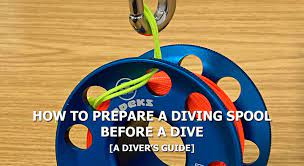 How do you secure this when storing attached?
You must log in or register to reply here.

Where to Attach Boltsnap for SPG

T
How to transport DSMB attached to the spool line
2