Mid-twentieth-century diving imagery too often portrays women in the role of wives and girlfriends patiently waiting at the water's edge while their menfolk strut their stuff in and under the water. Harder to find are pictures and stories about the female pioneers of skin and scuba diving all those decades ago, although there were so many more than just the "usual suspect" line-up of Lotte Hass, Eugenie Clarke, Dottie Frazier, Zale Parry et al.

One woman worthy of a place in the UK diving pantheon is one Rowena Kerr. Her moment of fame spanned the late 1950s and the early 1960s. Thanks to her outstanding underwater skills and achievements back then, she was described as a "professional diver", although her main occupation was lecturing on pottery at a London college. Her underwater prowess would have evolved under the auspices of the London branch of the British Sub-Aqua Club, where the UK capital's amateur underwater swimmers learned to dive. She was engaged as an occasional model for Dunlop Aquafort recreational diving equipment, also appearing in short films where she displayed not only considerable SCUBA expertise but also occasional comedy skills.

Here is a still from a short film with Kerr standing on a beach wearing a blue Dunlop Aquafort drysuit: 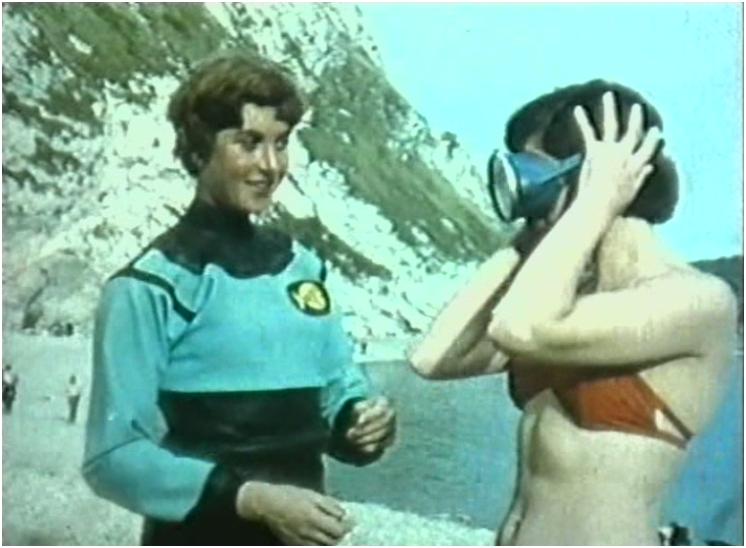 Here is an article entitled "Modern Mermaid" with Kerr's back story, including her wreck-diving and salvage exploits. 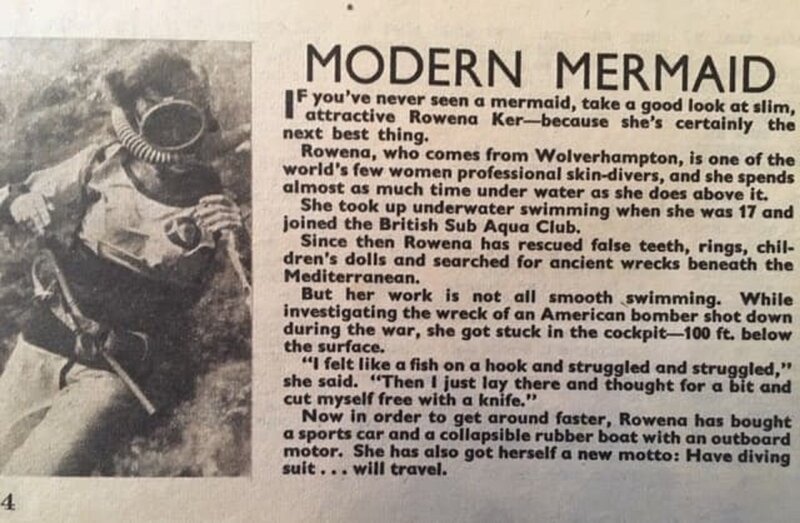 The following image shows Kerr's comedy flair while modelling a "frogman outfit" at a 1958 London exhibition. 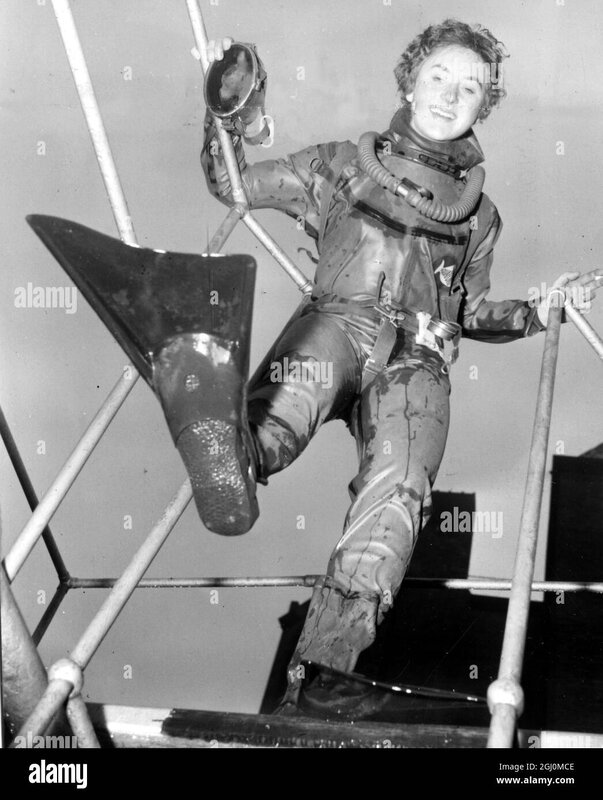 ​
And here is a June 1960 local newspaper article providing information about Kerr's many past underwater accomplishments as her wedding day approached: 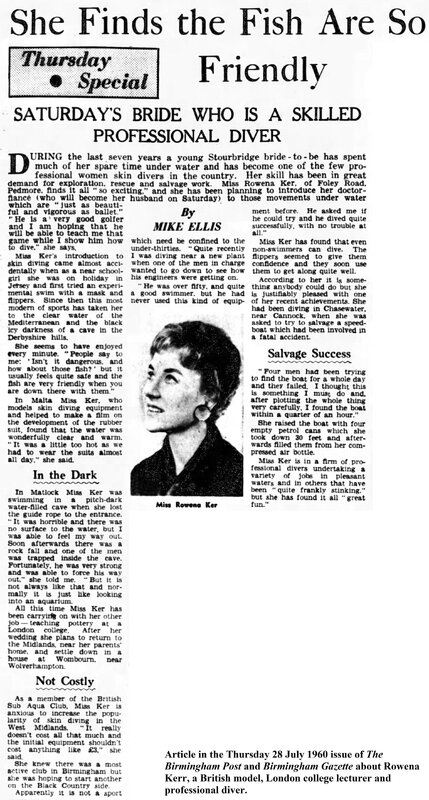 Here she is in an advertisement for Dunlop Aquafort wetsuits: 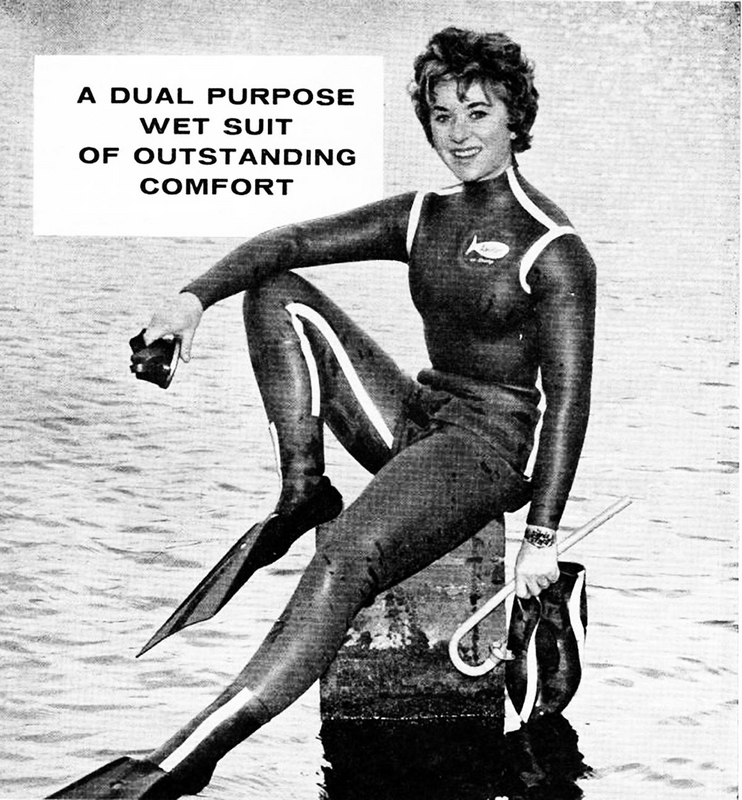 Thank you @David Wilson for these. Rowena Ker was my mother so it's always lovely to see new articles about her exploits!

Thank you @David Wilson.
The worst day diving is better than the best day working !
Tried to be normal once. The worst 2 minutes of my life !
You must log in or register to reply here.