The following obituary appeared in the 1 March 2022 issue of the "New York Times".


Dottie Frazier, a Pioneer in Diving the Deep Seas, Dies at 99​

Famed in the diving world, she is thought to be the first woman certified as a scuba instructor in the U.S. 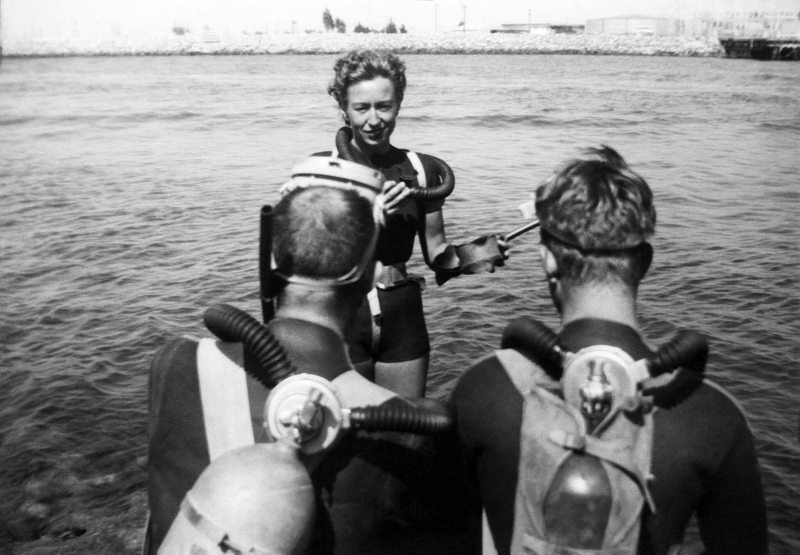 Dottie Frazier teaching a diving class in 1957. Two years earlier, she had enrolled in an underwater instructors certification course, despite being told at first that it was for men only. Credit: Frazier family Dottie Frazier, a rare woman in the male-dominated world of free diving and scuba diving on the West Coast in the 1940s and ’50s who was often described as the first woman to be certified to teach scuba diving in the United States, died on Feb. 8 at her home in Long Beach, Calif. She was 99.

Her husband, Cyril May, announced her death.

Ms. Frazier spent much of her adventurous life in the water, making her first dives while a young child in Southern California. She seemingly had as many diving stories as she had dives.

There was the time she faced down a shark in the waters off Mexico. The time a large seal wanted the fish she was bringing back to her boat and slammed into her, breaking four ribs. The time she broke her leg snow skiing and made herself a special wet suit with an ankle-to-chest zipper so she could be rolled into it and thus keep diving with the busted limb.

Even motherhood didn’t stop her from spending long hours in the water.

“One friend of mine had a flag she would wave when she needed me to come back to shore to breastfeed my youngest son,” she said in an interview for Tim Ecott’s book “Neutral Buoyancy: Adventures in a Liquid World” (2001).

Ms. Frazier was already a skilled free diver and skin diver when she took up scuba diving in the early 1950s, when the gear for that activity was first becoming available in the United States. Initially, she wasn’t impressed with the gear.

“I thought it was for sissies,” she said in the “Neutral Buoyancy” interview. “For people who couldn’t hold their breath long enough to catch their dinner.”

But she warmed to the new technique, and in 1955 she tried to enroll in a Los Angeles County underwater instructors certification course, sending in the required fee. She was sent a letter saying the course was for men only, but when she told that news to a friend and respected fellow diver, Jim Christiansen, he asked, “Did they return your check?”

“When I told him no, they had not, he said, ‘Just be ready; I’m picking you up,’” she told the podcast “The League of Extraordinary Divers” in 2016. 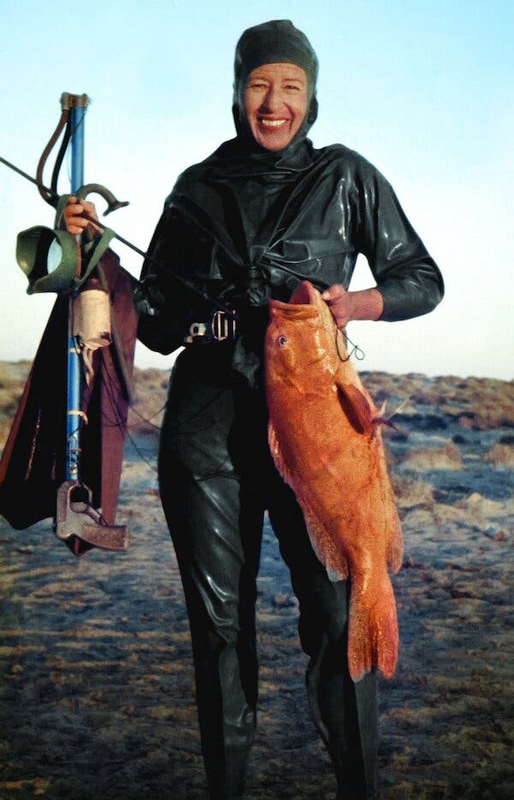 Ms. Frazier in the early 1960s. As a youth, she became adept at spearfishing and diving for lobster and abalone, often catching dinner and sometimes taking orders from locals. Credit: Bonnie Toth

Ms. Frazier earned her certification, and she was soon teaching scuba diving to others. Her first class, a group of male doctors, balked at being taught by a woman. She persuaded them to take the first part of her course, which was on skin diving, and see what they thought of her teaching. They all came back for Part II, on scuba.

“I was proud of my first class,” she wrote in her autobiography, “Trailblazer: The Extraordinary Life of Diving Pioneer Dottie Frazier” (2019), “and of my new career as the first woman to become a scuba instructor in the world.”

Dorothy Adell Reider was born on July 16, 1922, in Long Beach to Francis and Laura (Davis) Reider, who lived a block from the Pacific Ocean. Her father owned sailboats and motorboats and began taking her out on the water when she was a toddler.

“I managed to fall overboard at least once a day,” she wrote in her book, “but Dad said I did it on purpose whenever he said, ‘No, you may not go in the water.’”

After her parents divorced when she was 3, she lived with her father for several years on a 28-foot yawl. Grandparents and aunts also helped raise her.

“I never knew who was going to be looking after me next,” she wrote. “I guess this is one of the reasons I became so self-reliant early in life.”

She often told the story of how her father had coaxed her into serious diving. When she was 6 and anchored with him off Catalina Island, he summoned her to retrieve a coffeepot he’d dropped into 15 feet of water while cleaning it. (He couldn’t get it himself, he claimed, because he had a bad cold.) She was already a capable swimmer but hadn’t braved such a depth. With her father’s encouragement, she made the dive and recovered the pot.

“It wasn’t too long after that dive that I was making dives at depths that I couldn’t believe, picking up shells and salvaging things,” Ms. Frazier told “The League of Extraordinary Divers.” “And then my dad gave me some spears.”

Her father supplied her with a homemade mask and fins, and she became adept at spearfishing and diving for lobster and abalone, often catching dinner and sometimes taking orders from locals. People would also hire her to retrieve wallets and other things they’d dropped into the sea.

Ms. Frazier graduated from Polytechnic High School in Long Beach in 1939 and spent a year in secretarial college. In 1940 she married Don Gath, and they had two sons, Darrell and Donald. During World War II she worked at Douglas Aircraft. She and Mr. Gath divorced after the war.

In 1951 she married Jake Frazier and had two more sons, David and Daniel; that marriage also ended in divorce. She married Mr. May in 1973. He survives her, along with her sons David, Daniel and Donald, and seven grandchildren. 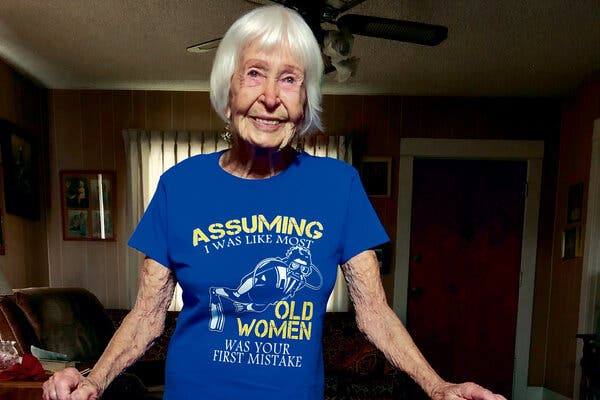 Ms. Frazier at her home in Long Beach, Calif., in 2018. She remained energetic and adventurous into her 90s. Credit: Karen Straus

​
In addition to her work as a scuba instructor, Ms. Frazier, a member of the Women Divers Hall of Fame, operated the Penguin Dive Shop in Long Beach for 15 years beginning in the 1950s and designed and sold wet suits and dry suits. She learned hard-hat diving as well — the kind used in underwater commercial work — but didn’t pursue the career possibilities because, at about five feet tall and not much more than 100 pounds, she found the equipment too cumbersome and restraining.

Ms. Frazier was energetic and adventurous even in her 90s. At 93 she went ziplining. In 2019, she finally sold the last of her motorcycles. In the “Neutral Buoyancy” interview, she noted that longevity seemed to go along with diving.

“A lot of the original divers have made it to a great age,” she said. “Being underwater does things to your spirit.”

TGDP Episode 207 great listen. I would put the Spotify link but my computer is fussy today.
You must log in or register to reply here.