BLACKCRUSADER:
Well the tank has plenty of air so it's only a question of how to use that air for yourself. I do not dive with a pony on recreational NDL dives. My first redundancy is sorting myself then after that asking my dive buddy for assistance. Dody really just wants to know the science of the air in his lungs as he ascends how much is there and how will it expand. Some people want to science the hell out of everything whereas I just want to know how to get to the surface alive without all the science.

I just remembered breath hold diving techniques were taught in my BSAC sports diving classes. In novice classes we covered the Human Life Support System and learned about CO2 buildup etc. Training covered Lung Volumes and residual volumes, tidal volumes. Emergency ascents also covered. Maybe I should send Dody a copy of my manuals as it has all the scientific things he would like to read about. It also covers hypoxia anoxia hyperventilation and other things. Also important is both physical and mental fatigue.

It's good for me to go through my manuals and remember where I learned about such things. As I have not dived a lot recently re-reading my dive manuals is a good thing.
Click to expand...

I would very much appreciate receiving your manuals

Excuse me? Were you saying something?
Uh uh, you can't tell me nothing

This is my life homey, you decide yours

Searcaigh:
That's not a pony it's a horse

I wouldn’t try to wrestle that pony out of his owner, it could crush me

Scubadog:
So WTF is anyone's issue with diving a back mounted, 100% redundant pony. For us solo hunting folks up here in the PNW...... there are no downsides to having a pony that I can think of....
Click to expand...

Recreational Pony Bottles, completely unnecessary? Why or why not?

My vote, unnecessary. A diver should be able to calculate what’s on their back (or side) and set aside a minimum gas (reserve) for an emergency in their dive plan. The added weight, drag, and configuration would hinder a recreational diver more in an emergency than it would help. All dive...

Scubadog:
So WTF is anyone's issue with diving a back mounted, 100% redundant pony. For us solo hunting folks up here in the PNW...... there are no downsides to having a pony that I can think of....
Click to expand... 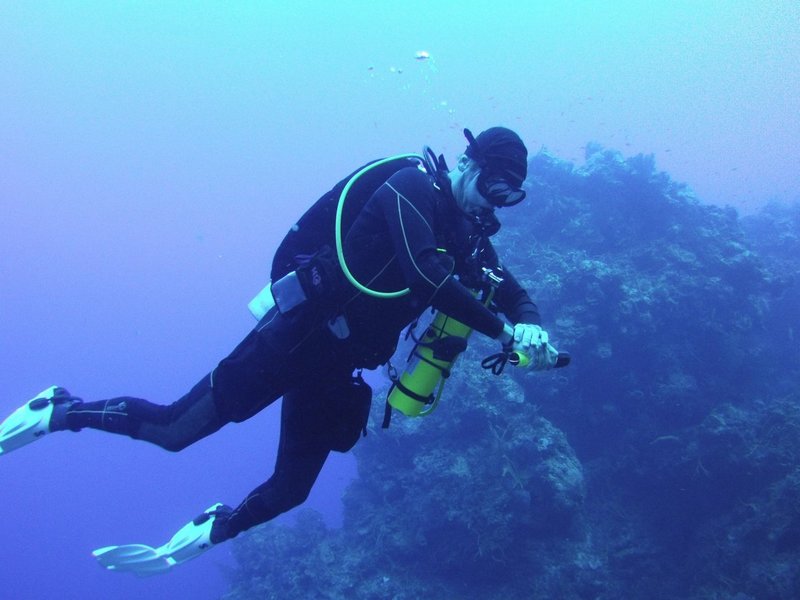 It's just untidy slingers who without much experience imagine a path to technical nirvana, following unwisely
20,000 leagues under the sea diving to adventure
in a silent world with my ceiling the waves....Emile

Dody:
I would very much appreciate receiving your manuals

I could just post the relevant pages on here? Not sure if that is allowed.

I must thank you for this thread.

It has been a long time since I looked at the part of my manuals that cover the topics I listed which you are interested in. I forget sometimes how I know the things I have learned and it's good fun to search the subject matter. It also shows you that what I learned even as a novice diver was more thorough that what you have had perhaps in your training. Agencies and instructors are important.

Perhaps joining a dive club if you have one in your area would be good to continue learning. Even if you do not plan to do regular deco diving taking a TDI deco course you would learn things you are interested in I believe.
If evolution works, why so many idiots?
OP

I have learnt a lot too . That was the goal.

I hope that I won’t offend anyone by saying that I believe that the diving teaching standards in Europe are higher than in the Worldwide Agencies. (I would not dare including GUE in this category

)
Last summer, I made inquiries to pass a french cert in order to be able to dive freely. For French divers, a SSI DM is barely a level 2. I think that I could easily pass level 3 but not the practical exam of level 4 which should be the true equivalent of DM. A 800 m dive in less than 15 min, I can do, but immediately followed by a roughly one 90 seconds free dive to 10 meters then another one to rescue a dummy diver would require some serious training out of me. Even the theory is way higher than the PADI/SSI/SDI? standards.
There is no club where I live now. I left Cape Verde. Even in Amsterdam, there are only strange divers using alien devices called dry suits, diving under temperatures that should be forbidden in places where even the most myopic moles would feel at ease as you can’t see anything.
Excuse me? Were you saying something?
Uh uh, you can't tell me nothing

This is my life homey, you decide yours

BLACKCRUSADER:
They aren't superhumans. They are trained. Not all navy personal are good swimmers. Technique and training are critical just as it is in your industry. People are trained for rescue and fires without being firemen or nurses.
Click to expand...

Note that the navy concern is embolism rather than bends, the atmosphere in a sub isn’t pressurized so nitrogen isn’t an issue.

Dody:
So, you consider that the risk of death is higher in a CESA from 30 m than breathing out of BCD? So all those stories about CESA from 30 m are just from exceptional i dividuals?
Click to expand...

I did a CESA under your no choice scenario from 70FSW before the days of auto- inflaters and BCDs with a same ocean buddy. After I exhaled my next inhale produced nothing but water, my buddy wasn't to be seen after a quick look around so up I went faster than my bubbles at first but as the remaining air in my lungs expanded I felt less frighten and slowed down at around 40FSW (best guess) and began exhaling a bit by looking up and allowing my airway to open. The remaining part of the ascent was like a pool training session as the lighting got brighter and the water warmer. I've never done one again and have no desire to do one again. Fighting off panic was the hardest part and what I remember most about that event.
I can explain it for you but I can't understand it for you
"The sea, once it casts its spell, holds one in its net of forever". Jacques Cousteau
*****Call to political violence removed by moderation team.*****
Free speech is more important than anyone's feelings.
"You know, three-fifths of the world is covered by the sea, and how little most of us know about that underwater world. Go below with us again next week". Huh? . "For another thrilling adventure in Sea Hunt." Lloyd Bridges

lexvil:
Note that the navy concern is embolism rather than bends, the atmosphere in a sub isn’t pressurized so nitrogen isn’t an issue.
Click to expand...

Note also the age of that video...from 1958. We've gotten smarter in the last 62 years.
The current US Navy Diving Manual mentions buoyant ascent only twice, both in the context of lung overexpansion injuries. Nothing about how to do it, other than continuously exhaling during an emergency ascent. It says, "It is difficult for an untrained diver to execute an emergency ascent properly. It is also often dangerous to train a diver in the proper technique."
You must log in or register to reply here.

Question Is it normal that I don't need to equalize?
2 3