I see this a lot with various Dive-Ops for certain dive trips and I have always been curious as to what it really means.
I have posted an example from Aldora in Cozumel. MX.

There are many other Dive-Ops who have this "requirement".

So, what exactly does "Advanced Divers Only" mean or require?
I do not believe an AOW certification makes you an "advanced diver". The various certification agencies clearly state this for their AOW courses. Is it a GUE Fundies card?

Is it subjective? Is it the number of dives? I would argue that I can be a daily recreational single-tank diver in warm shallow tropical water and never acquire any advanced diving skills.
Is it based upon your dive log? Is there a test? 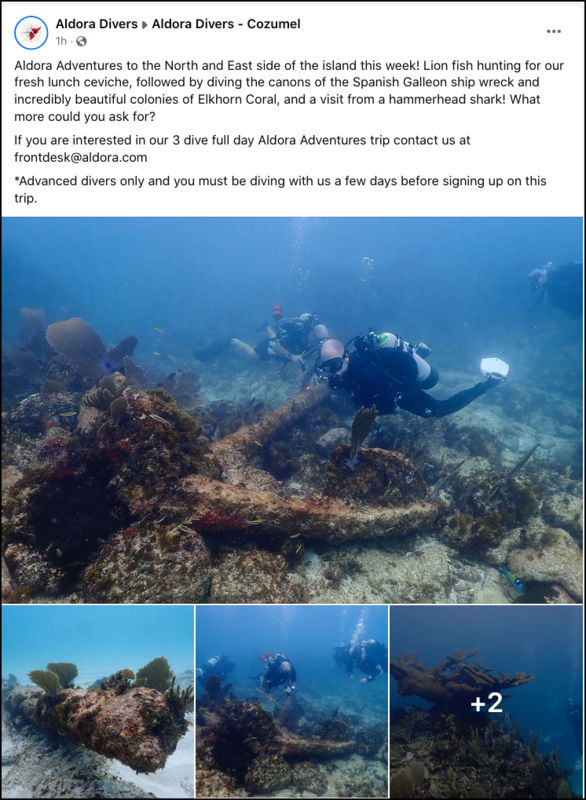 I think the last line in the ad answers your question.
" and you must be diving with us for a few days prior..."
Dressel's requires 50 dives before taking you to Punta Sur but I wouldn't call it advanced. Just a little deeper than usual.

This question has been debated perhaps 500 times on ScubaBoard, so you may want to search for past threads for differing points of view.

The Advanced Open Water certification was created in the mid 1960s by Orange County in California and then picked up by NAUI. The goal was to give divers a taste of different kinds of diving in order to pique their interest and keep them diving. They had noticed that many divers got OW certification and then dropped out. Back then, OW and AOW were pretty much it for dive certifications, so it really was the advanced course. Since then, countless far more advanced certifications have been created, but that half-century old name remains.

Many dive operations require the AOW certification or equivalent for diving the more advanced dives. By doing this, they imply that greater level of difficulty and create an objective measure of the diver's ability. By objective, I mean that the dive operation will not be making a subjective judgment but will instead use a certification provided by someone else as a measure. That way, if you have a problem because of your lack of skill, it was not their fault for faulty judgment. In many cases, it is a requirement of their insurance.

In other cases, they will require that certification and require some form of checkout dive in which they do use their judgment. That is what is happening here.

In general, the word "advanced" in the requirement means "advanced enough to do this dive and pay us to do it," not "ready for the diving hall of fame."

90% of the time it means they want you to be certified to 30m or equivalent
Wrecks are my jam.
OP

I pinged Aldora to get their definition.

boulderjohn:
...The Advanced Open Water certification was created in the mid 1960s by Orange County in California and then picked up by NAUI...
Click to expand...

Did you mean LA County?

Fwiw, passing AOW with 10 dives in perfect conditions hardly qualified me as "advanced".

In this case it basically means the ability to keep your act together under less than ideal/challenging conditions. And it is determined by them as they watch you dive.
Who me?

Life isn’t how many breaths you take, but it’s the moments that take your breath away. - Hitch

scubadada:
Did you mean LA County?
Click to expand...

In my area it means: