New too me Mistral

Afternoon all, hope all is well with you.

I recently acquired a USD Mistral double hose to add to the other 2 DAAM's (yes, i was warned). Anyway, it looks great.

This reg, as best I can tell, is a 1959, almost all original, West Pico, Mistral. I say almost all original because it doesn't have the original yellow tinnerman hose clamps, just the black plastic ones and it's missing the yoke screw. Other than those issues it's immaculate. The wear on the diaphragm plastic from the lever is only visible in one spot and only in one orientation. The hoses were original yellow and so was the mouthpiece as far as I can tell.

Interestingly I believe this was somebody's display. I think this because when I received the reg I noticed there was something in the hoses. It turned out to be a piece of coat hanger that looks like was used to hold the hose loop in some desired position. Interesting. 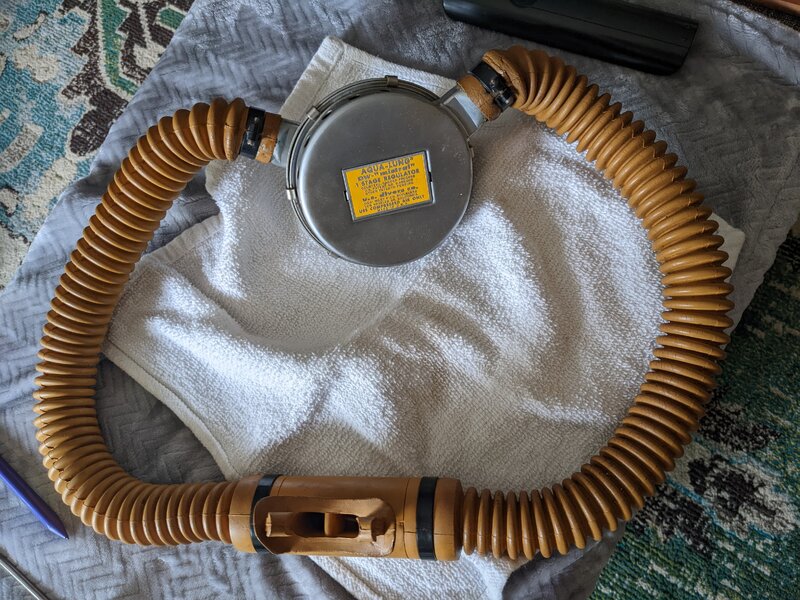 Here's a few from the inside. Any idea why the duckbill had a staple in it? 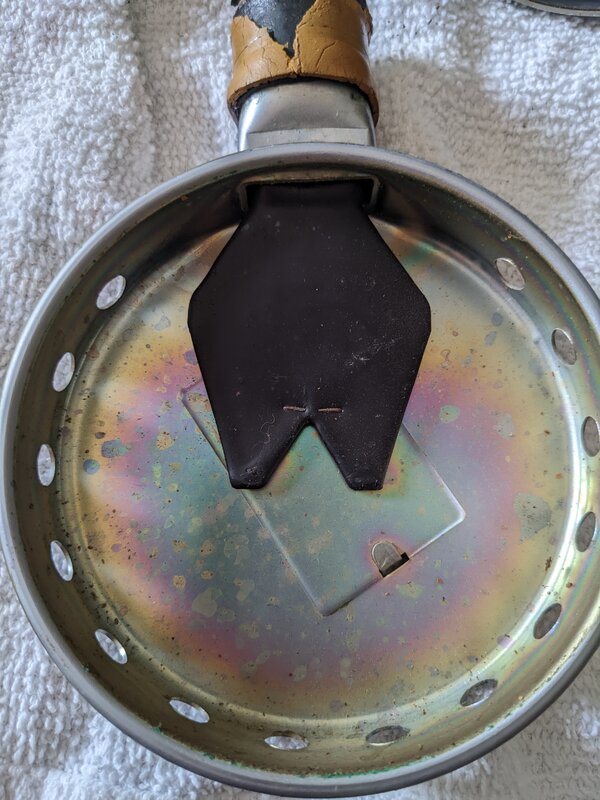 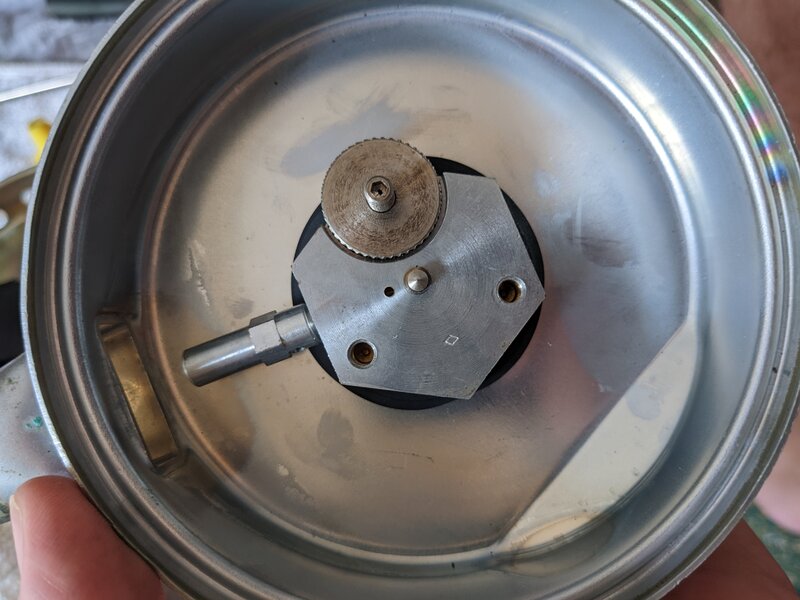 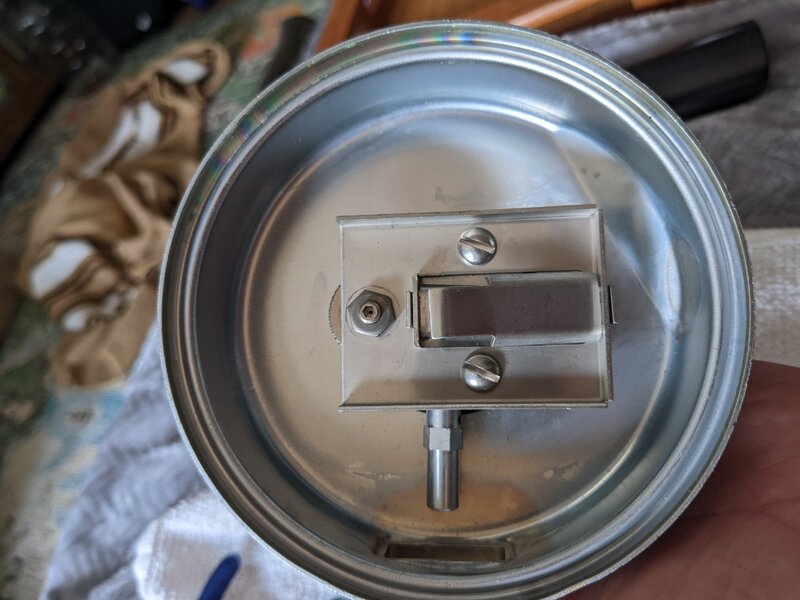 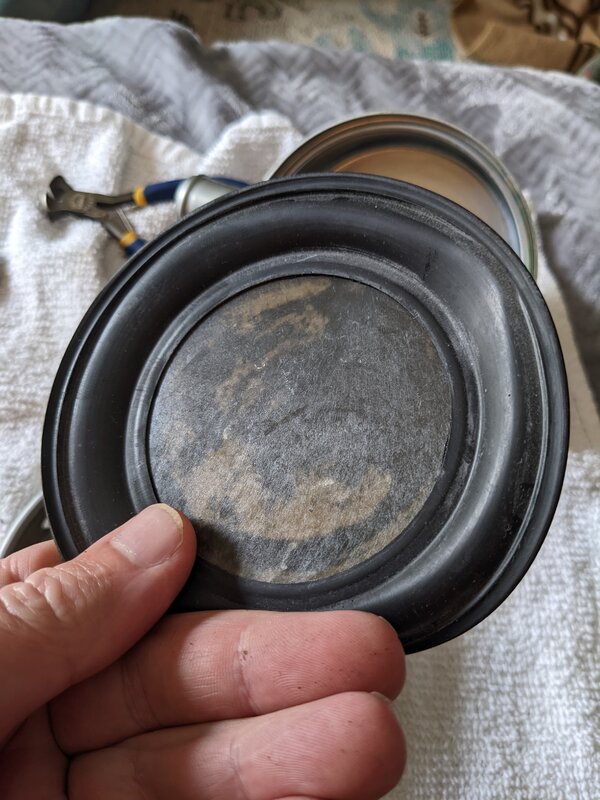 One question. Is there a special tool that makes disassembly more secure than a crescent wrench clamped in a vice? That always seems a little sketchy trying to hold stage that way.

Thanks. I'll keep y'all updated on the progress.
J

It looks in good shape. It'll be nice to dive. I have no idea what the staple is fore, but it's surprising that it hasn't rotted.
There was a special tool for holding those regulators and I've seen what I think are replicas for sale from time to time. I used this type of wrench wrapped in tape and held in a vise. This may be the adjustable you're referring to.

Hook it up see if it leaks.turn the valve off check later see if its still holding air.If it is leave it. By the way that staple is original !

Beautiful!
20,000 leagues under the sea diving to adventure
in a silent world with my ceiling the waves....Emile
OP

Seahuntjerry:
Hook it up see if it leaks.turn the valve off check later see if its still holding air.If it is leave it. By the way that staple is original !
Click to expand...

Thanks for the info. I thought I might have an original regulator... But what was the purpose of the staple?

Thanks. Makes no sense to add a staple but it's nice to know it's original.

Most of the hoses and rubber were rotted so I'll be replacing with silicone. Duck Bill too. Don't think I'll staple it though.
You must log in or register to reply here.