I was down at the Missile Tower about a week ago with @California Diver. Most people know about the site but it was originally a Trident Missile test tower that was purposefully sunk to create an artificial reef.

We had good visibility from about 100' to the bottom at 160-ish. There was a layer of "stuff" between 60' to 100' that made the dive rather dark. There was a lot of life and white metridiums on the site.

Full blog post with the history and more photos is here:

My original plan was to build a full photogrammetry model of the missile tower but I couldn't get the photos to align properly. 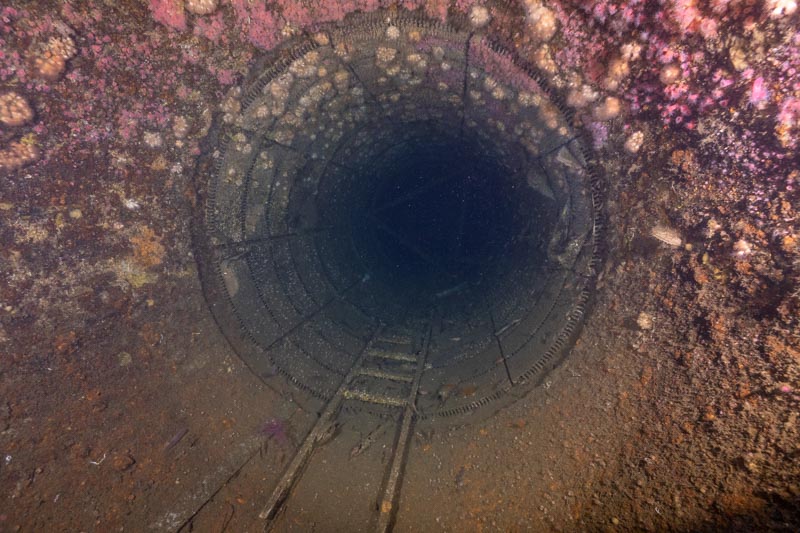 Lovely visibility. Assume the tower's on its side given the lower silting. What diameter and length is it? (If that's not classified!)
OP

Wibble:
Lovely visibility. Assume the tower's on its side given the lower silting. What diameter and length is it? (If that's not classified!)
Click to expand...

It is on its side. The tower itself is rectangular and is about 8m x 8m x 18m.

The "height" is 18m but because it is on its side, that would the X or Y axis in this case.

That cylinder in the picture above which housed the missile is about 3m diameter.

Self Reliant Diver--On All Dives.

Do you have a Lat/Lon for the tower?

Thanks for posting.
m
Caveat Emptor:
I don't play SCUBA professional on Scubaboard, nor in real life.
A declarative statement from me means that I like that technique or action for myself--not for you or the diving community at large.

markmud:
Do you have a Lat/Lon for the tower?

Looks like one of those "must be totally under control" dives, slow and careful to not destroy the vis nor touch the sides.

Nice. Lovely flora and fauna.
You must log in or register to reply here.