On Thursday the Trump administration announced plans to open "nearly all" U.S. coastlines to oil and gas drilling, "giving energy companies access to leases off California for the first time in decades and opening more than a billion acres in the Arctic and along the Eastern Seaboard." Offshore drilling is opposed by the governors of New Jersey, Delaware, Maryland, Virginia, North Carolina, South Carolina, California, Oregon and Washington, who are concerned that drilling could threaten fishing and tourism. 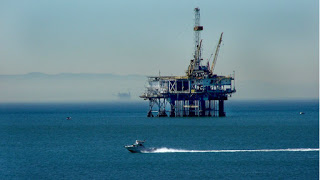 Sea Save Foundation
It's Your Ocean. Do Something About It!
You must log in or register to reply here.

At least once in every state in the Union!
2 3

Should we open the Atlantic Ocean to offshore drilling?