We have located another new wreck in San Diego. We do not believe that anybody else has dived it. The target was initially identified by Tyler Stalter and I did the first dive on it Monday from the Marissa. We were hoping it was an airplane but it ended up being a boat.

Conditions were unbelievable good in "Lake of the Pacific" on Monday. The sun was out and the ocean was literally less than1 foot swells and almost no wind. Visibility was great but it was definitely dark at at the bottom.

The wreck is interesting. It looks mostly stripped but the engines are still there. The cabin is off to the port side and it took the deck with it so they engines are totally exposed.

We have not identified the specific boat but you can tell by the pictures it appears to be a sport fishing boat. My guess is about 30-40 feet long. We have also posted the coordinates for the wreck in case anybody else wants to dive it and maybe bring a scrub brush to look for names, CF numbers, etc.

More pictures and information about the location are in my post below:

Dive Plan Tyler had been looking at an anomaly in the data for a while but it was pretty deep and looked to be about 50 feet long. He had been planning to dive it for years but it just never worked…

Here is a picture of the cabin off to the port side of the bow: 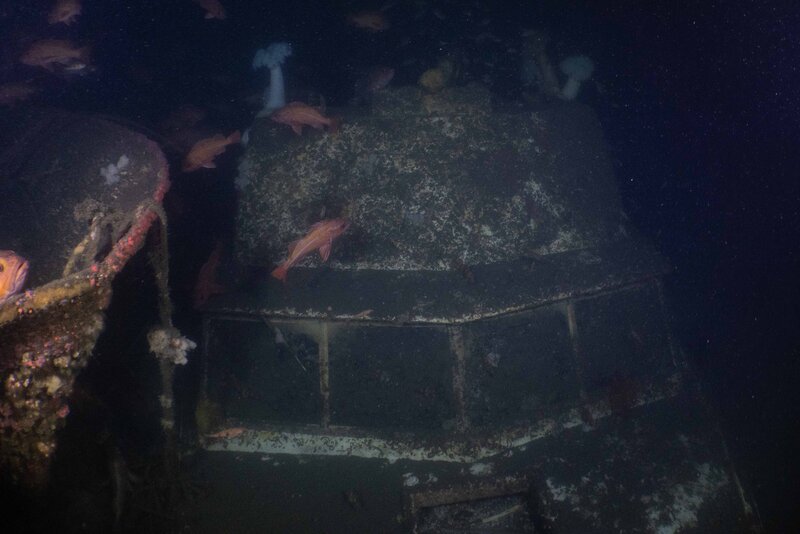 I've seen that target on Google Earth. It's funny how many shipwrecks are located just a mile or so from the opening of harbors. It's almost as if they were scuttled on purpose.
I have no time to be offended by things that don't matter to me.___Wookie
My photos
Southern California Marine Life
Diving the Palos Verdes Peninsula
Instagram

MaxBottomtime:
I've seen that target on Google Earth. It's funny how many shipwrecks are located just a mile or so from the opening of harbors. It's almost as if they were scuttled on purpose.
Click to expand...

I had a buddy in college who had a small ski boat that he cracked the hull during rough weather. He looked into repairing it, which was way too expensive. He attempted to donate it, which no one wanted a cracked boat. He tried to throw it away but the disposal cost at the dump was pretty excessive. One day, we noticed he didn't have the boat any longer.

We later found out he made his own "contribution" to the Wreck Alley project off San Diego.

I have a friend who sank his old sailboat. He forgot to anchor it first, so it took him a few years to find it again.
I have no time to be offended by things that don't matter to me.___Wookie
My photos
Southern California Marine Life
Diving the Palos Verdes Peninsula
Instagram
You must log in or register to reply here.