Looking to replace my S100 and Case - Current options?

So my second Canon S100 has gone the way of the first, the "lense error". My first lasted over 5 years, this latest one , just over 1. I bought the replacement as i had an ikelite case and a canon case for it and didnt want to lose them.

But it seems its time to invest in a new setup. Im looking for a normal digital camera for land travel use, that i can put in a waterproof case and dive with. Im not a massive photography person, i wont be adding stobes and lenses. I just need something i can do a little macro with, couple of diver photos, then adjust on the computer. Id love to have the full manual option for above and below water use, but i didnt use the old one too much so not a great loss if it isnt supported.

Looking back through some past posts it seems places like Backscatter are used but they seem very expensive compared to what i paid for the s100 and case. They have something in my budget, the Olympus TG5 and TG6 but ive only ever used Cannon, are they recommended?

I'm a Canon guy from way back (5D is my landscape/wildlife camera, 7D for sports and action). I started underwater photography a couple of years ago with an old s110 and Canon housing - no strobes. It worked well but I decided to upgrade last year. Ended up getting a Sony A6400 and SeaFrogs housing - again no strobes. I figured the camera would be good for land photography as well when I just wanted a small set up. The quality was a bit better than the s110 but not a huge difference (I shoot in RAW in both cameras). The Seafrogs housing leaked on my 4th dive with it and I could not get any replacement parts where I currently am, so ended up buying the Olympus TG6, Olympus housing and Sea & Sea YS-03 package as a replacement as it was the only thing available here on Grand Cayman for a reasonable cost (and less than the Sony plus housing). It was great to finally use a strobe, but the TG6 is very limited in how much control you have over the settings. There is no shutter preferred setting, and even the aperture preferred setting changes the aperture as you zoom. So as someone who likes to use manual settings I'm not real happy with it - but at least I am able to shoot again. Also the quality of the images even using the strobe is not any better than the best shots I was getting with the s110 and no strobe. When not using the strobe (for longer distance shots in shallow water) the s110 produced better quality than the TG6 (again shooting in RAW, so even after a lot of post processing). But if you do close up shots, you can get some pretty good images with the TG6+ strobe. The one thing I do like about the TG6 setup is that it is a really easy way to get introduced to using a strobe. The ys-03 is not to unwieldy and as it uses TTL (only) it's pretty much point and shoot once you get the strobe pointing where you want it.

But if I were doing this all over again and was not planning to use a strobe, I'd look for a used s110 or s120 and housing.

I have the TG-4, but I do have lights. I started off with the camera, Olympus case and single arm strobe package (Sea & Sea YS-03). The camera by itself is incredible for macro above the waves. Underwater it's fine on it's own for snorkeling and other adventures with it being a 'tough' camera. I use it for snow adventures and other outdoorsy stuff. When I'm diving I put it in the Olympus housing. It can still shoot macro amazingly well, but light becomes the issue. I started with the YS-03 because it's able to plug and play, no having to mess with settings. Put the camera in the housing and screw it to the tray that came with the light package. Put the included arm on the tray, attach the single strobe, connect the included cable from the strobe to the Olympus housing. Turn it all on and go shoot. Playing with the strobe position was as complicated as it got. Getting in/out of the water I just folded the arm/strobe over the top of the camera. Light and very easy to handle. Can even use one-handed when necessary.

I have since upgraded to a used set of Inon S2000's that I was able to get here on the forums with a tray/arms kit. Even happier with that set up, and not much bigger.

I did have a flood in my housing last year while shooting in Bali. And was very thankful that the camera is a waterproof camera as it survived without issue. 2nd dive of the trip and I got to 65' and noticed my pictures were looking funny. Examined the case and could see water in it. As it wasn't a lot and I knew the camera was waterproof, I just turned it off and continued the dive. Turns out that I had been spoiled on all of my prior trips with not having to check my seal before every dive. This trip we arrived during a storm surge and it kicked up a lot of the black silt. Some of it got in my seal and as I didn't clean it between dive 1 & 2, a few grains got in there and allowed a slow leak. Learned from my mistake and meticulously cleaned it after all subsequent dives. Camera survived without issue and has worked flawlessly since.

I would call the folks over at Backscatter and tell them about how you plan to use the camera and let them guide you. The TG series is far from perfect, but it does have a killer macro ability.

Olympus TG-5 and 6 are nice, the Olympus housing is made by AOI who also makes the robust Fantasea housings for Canon and Sony compact models.

I'm a Canon (previous SLR user for over 20 years) and now compact Canon G7X II shooter for 4 + years. I think Canon menus are much easier and you'd likely too coming's from your S100.

Email me directly for more info and sample pics. Disclosure; I am a Fantasea dealer and actual USER. I share tips and tricks to get the most out of these set ups

Wanna buy my G1x Mk2 with Canon case? I still have it in good condition, charger and an extra battery. Haven't used it underwater since 2018. I like it but the problem I had with this camera was that at some point I needed large prints and its 12 mpxl sensor was not enough, so I got Sony A6000 as my main underwater camera. I've attached couple of shots as samples. 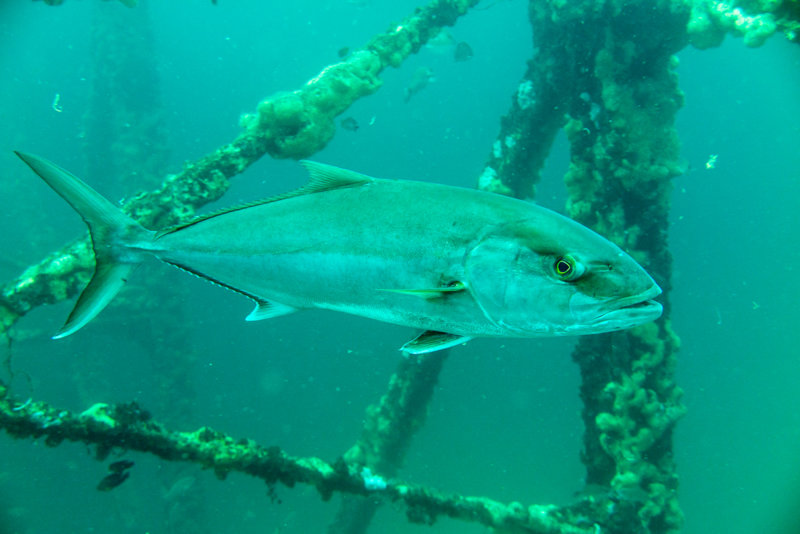 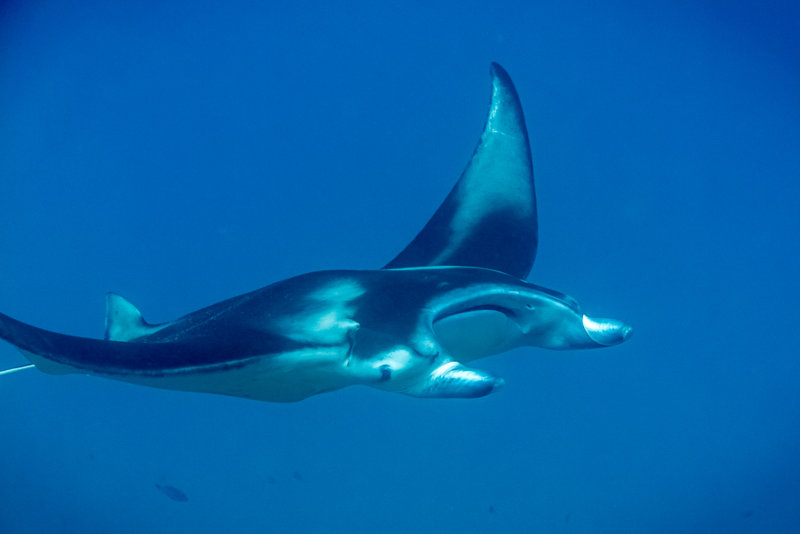 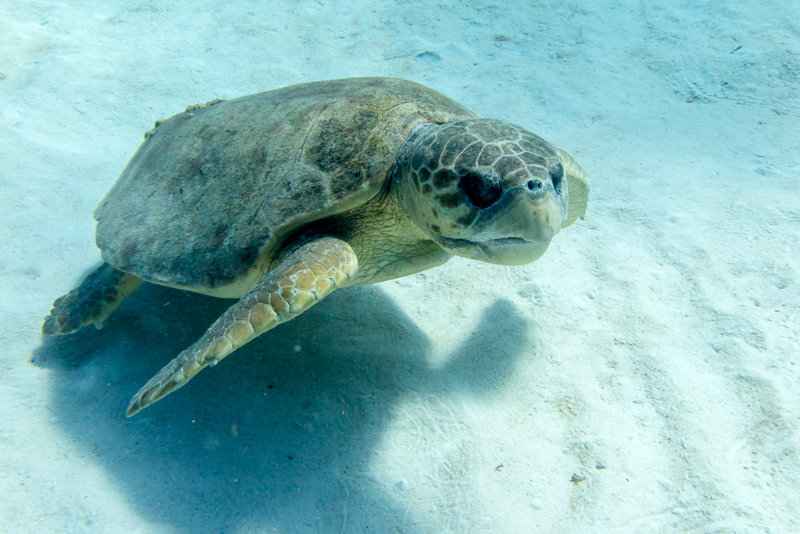 Having used a Canon G12, my next rig would be a Canon G7x. I usually shoot macro with the built-in flash and wider shots without flash (using just the Underwater Mode). Underwater Mode does a decent job on the color, with just slight corrections needed in post. My rig is just the camera in a housing.

The number of compacts available these days is very limited. The TG-5 and 6 are good but have limitations like no manual mode and effectively only two apertures f2/2.8 wide f4.9/6.3 tele as well as a 3 stop ND filter to get f8 /wide f18 tele. But if you are using them without strobes it should work just fine - set it at f2.8 and just leave it there. It has the same small sensor as the S100 so equivalent quality more or less.

The G7X series are the Canon option - they have a bigger 1" sensor so better image quality particularly if there's not much light. The downside is the don't get as far into the macro range as you might have been used to with the S100 or what the TG- series can achieve. The max magnification of the G7x is about .25x and will fill the frame with a 50mm long subject across the frame - but only at the middle of the zoom range at the wide or tele end it does 86mm or 140mm, so not quite as good as the S100 and definitely not as good as the TG-5 which can focus very close.

The Olympus cameras are great for macro and some nice super macro tricks as Chris mentions. The Canon G7X II (and III) has a 24-100mm f1.8 - 2.8 lens and the larger 1" sensor delivers more detail also being 20.1 megapixels. I've personally made prints pretty big and they look very nice.

Not discounting the little Olympus TG-5 and TG-6 but as an overall camera for wide angle, medium fish and some macro shooting I still think the Canon is a better choice. It adds full manual control, lots of ambient white balance choices ("Fish mode" I call the UNDERWATER white balance) and more. Being 20.1 megapixels I've shot macro shots with no additional lenses and can even crop with more data and get great close ups.

One more thing comparing the Olympus and Fantasea Canon housings.....

The Olympus PT-58 and 59 housing I believe have one back o-ring. The Fantasea FG7X II and III have both a rear door sealing o-ring you lubricate and a FACE flat clear o-ring like on a GoPro housing.

DUAL o-rings like this have proven to be really, really good. I had one customer FORGET TO INSTALL the rear black o-ring and did 2 dives past 80 feet with his housing and it never flooded (!!!!!!!)

Your mileage may vary but I firmly believe after using my own Fantasea housing for hundreds of dives and selling dozens it's a great choice for those wanting simplicity and capability at a great price.

Wow, thanks for the all the response's!

Was a little busy here for a bit prepping for some strong winds and moving the boat etc.

Had to do some reading on focal lengths etc to understand you all!

I bought the s100 due to the full manual option in case i wanted to "play". I did use it a lot while i traveled where it came in very useful from desert to snow to underground. But its main use was trip to komodo for macro.

Looking at my situation now, comparing prices etc. I think i am leaning towards trying another s100 (about $140USD) , if i can get 18 months out of it then ill probably be done with my current job and moving to somewhere where either i wont get much photography diving in or ill need a much bigger rig. I swear it was a lot easier to understand models and a lot cheaper when i bought the S100 the first time!

Thanks for the offer of the G1x Mk2 though, ill keep it in mind if anything change during my research now.
Ask me about - Dressel Divers MX, Aquaworld MX, Ozsail Aus, HABA Aus, Posiedon Aus Great Barrier Reef, Bahamas, Superyachts