Info How to Choose a Regulator

How to Choose a Regulator​

(an overview of features and their value)

Does anyone actually know what ever came of that though? @Akimbo ,does that seem plausible...1st stage seat from an issue before 2019?

I honestly don't know...just trying to learn. It's fun to think about that video when I'm deep(ish)
OP

only partially agree here. Yes for sidemount or long-hose backup, but there are different considerations for the classical recreational octopus. Top shelf balanced primary regulators have adjustment knobs for resistance and a dive/pre-dive Venturi switch. That's not necessary but nice-to-have for a little more convenience, with the drawback that you need to take care of it: Forgetting to set it will result in freeflow or hard breathing. For an octopus that you want to donate quickly in an emergency to a stressed diver, I prefer reliable average performance out-of-the box over the bells and whistles. There's nothing wrong with a G260+R095 octopus set. It's not low quality just because it's cheaper.
Also think about the Mares Octopus MV aka Dacor Viper. It's compact, works well and can be used from both sides, thereby avoiding one frequent mistake by inexperienced divers in a stressful emergency. Nothing wrong with it being cheap.
Click to expand...

Beyond cost, having two identical regs provides redundancy and interchangeability. Servicing may be easier as you only need to stock one model of parts kits. I am a big fan or rotating between identical gear to spread wear as well. In this case you would swap the primary and secondary periodically, perhaps yearly or after each service cycle.

This thread was selected for the ScubaBoard Articles forum. A redirect link was left in the original forum so don't be confused if you click it and find yourself here.
Click Here: ScubaBoard needs your help...​ 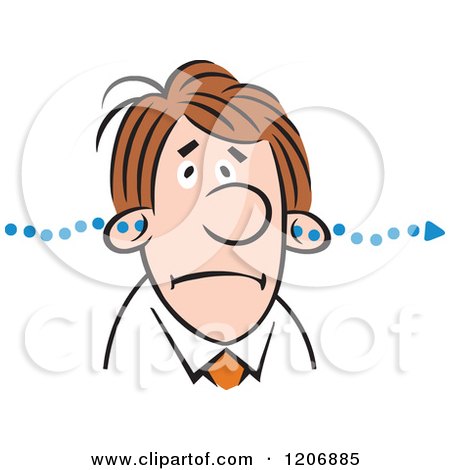 20,000 leagues under the sea diving to adventure
in a silent world with my ceiling the waves....Emile
S

davehicks:
This is an article that I wrote for my local Seattle based dive club newsletter. It's an overview of regulator features and attributes, describing what they are and what value they offer. It's all my opinion of course and my perspective is limited to my experience and reading. I'd love to know what features I might have left out, what features you value most, and if I am full of BS on any points covered.
Click to expand...

Great article – thank you! I'm an experienced diver, but not a gear-head. I need to replace my APEKS Flight regulator because of parts issues since it's no longer manufactured. Your article helps a lot!
OP

Beth3141:
Great article – thank you! I'm an experienced diver, but not a gear-head. I need to replace my APEKS Flight regulator because of parts issues since it's no longer manufactured. Your article helps a lot!
Click to expand...

That's awesome. I am so glad that you found it helpful.

I haven't been on here in quite a long time, but I appreciate this write up! I bought all new gear back in late 2020 and an article like this is helpful to people just getting into, or back into scuba.
OP

apenland01:
I haven't been on here in quite a long time, but I appreciate this write up! I bought all new gear back in late 2020 and an article like this is helpful to people just getting into, or back into scuba.
Click to expand...

Thanks, that's why i wrote it

The high pressure seat on his first stage had a sudden catastrophic failure and overwhelmed the system causing the diaphragm to blow out and full tank pressure was exhausted out of the diaphragm tear. It was so extreme and violent that the second stages didn’t even have time to freeflow. He luckily had a pony bottle system that he switched to and that got him up safely.

Comment: I do not fully trust diaphragm regs due to the way I’ve seen how most high pressure seats are constructed. I don’t like the idea of a piece of plastic attached to a metal base on a shank and no cupping support around the high pressure seat cone. The only diaphragm reg HP seat that I fully trust based on it’s design and quality of seat material is the AL conshelf with the old black seat. Those are set into a recessed cup and the material is very durable. There are some out there 10 or even 20 years old that still hold IP and still work. I don’t know about the newer blue seats.
I have heard about way too many diaphragm 1st stage seat failures for me to have full faith in them. My tech instructor had a catastrophic HP seat failure on an Apeks doing a tech dive in Monterey resulting in a cascade of problems that luckily didn’t leave him bent or dead, Dumpster divers incident, my buddies diaphragm reg that the HP seat failed during a dive and caused a massive freeflow - The HP seat has a visible crack in it and the brand is no longer supported, and rumors of Apeks having HP seat problems that they won’t admit to.

I’ll stick with my Scubapro piston regs thank you.
Very simple bulletproof design. HP seats
by design are extremely reliable and not much can go wrong. One moving part, the piston.
Salt water gets into the ambient chamber by design, so what? Rinse your regs well and shoot some fresh water into the ambient holes with a hose or spray bottle, big deal.

I also love my Connie…
You must log in or register to reply here.