Does anyone use these or know anything about the brand? I have not seen Beuchat much in the US and was wondering why that is the case?

VX 10 ICEBERG BLACK - Beuchat
"You are not a drop in the ocean. You are the entire ocean in a drop." (Rumi)

Well, maybe I can give the beginning of an answer :

- Beuchat is, to the best of my knowledge, the last family business in France designing and selling diving equipment. Nothing like world monsters like Aqualung or Scubapro and others, so competing on the US market is probably not their main goal, nor within their reach,

- the brand is quite popular in France, I met several divers over the years diving those regulators ans they seemed satisfied with them,

Over the years, I owned several Beuchat wetsuits, still have an Uwatec, rebranded Beuchat, electronic depth gauge, and even owned as my first computer a Cochran Master, again rebranded Beuchat. The experience with the customer service, regarding this computer, was despicable.
The worst day diving is better than the best day working !
Tried to be normal once. The worst 2 minutes of my life !

beuchat makes a few models of decent gear, but overall they suck at marketing and barely have a dealer network. like poseidon in some ways, but with less unique engineering and design. the old dive rite hurricane was a rebranded vx200. and they also came up with the jetfin originally. would not be surprised to see them get absorbed into another larger brand, aqualung is the natural candidate.

You can fill them with silicone
20,000 leagues under the sea diving to adventure
in a silent world with my ceiling the waves....Emile

They sure could make spearguns, I’d like to try one of their regs. 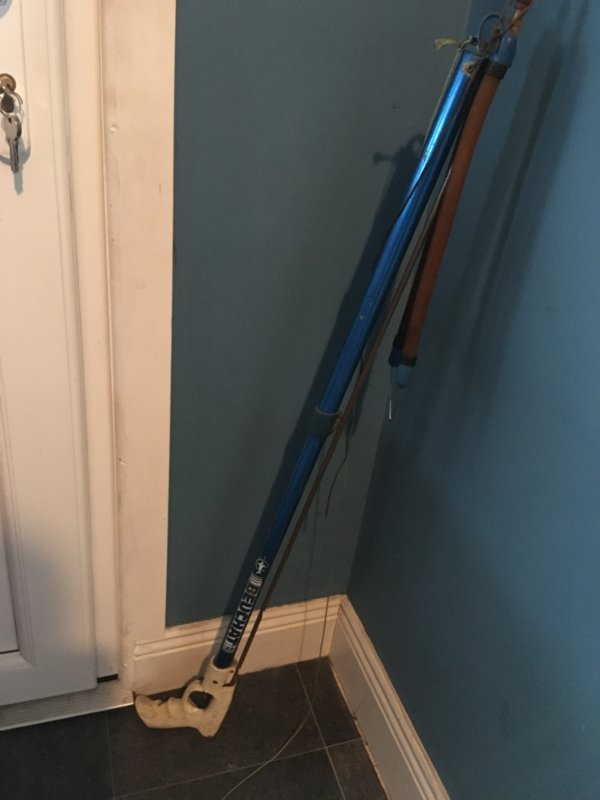 Hi
Yes they are one of the really rare companies which still make their regulators in house from A to Z.
Their reg are well made, reliable and easy to service.
Everything else is made in Asia but I like the design of their wet-dry suits... the French touch
They are also quite well known amongst freedivers-hunters with good equipment but this is not really my cup of tea.
J

You can fill them with silicone
Click to expand...

heavy ? and most are membrane nowadays

As a curiosity, Scubapro was founded in the United States in 1963 by Gustav Dalla Valle, the Beuchat representative in United States, and Dick Bonin to manufacture scuba gear. The S on Scubapro regulators comes from the name of the name "Souplair" of a Beuchat regulator.

The original Jet Fins were developed by Beuchat.

The VX10 regulator is a good one, compensated membrane 1st stage designed for usage on cold water. I have friends that use that model and are happy about it. My personal advice is that if you are US based, you purchase maintenance kits with some time in advance.
In flying I have learned that carelessness and overconfidence are usually far more dangerous than deliberately accepted risks.

Very simple: if you don't live in France, just don't do it tbh.

It's just annoying to get parts and almost no dealers.
The regs are good, their other gear is also good from what I know.
Just realise if you're going that route, you will have no dealers and no reliable service points.

It's basically as if I would buy a Buick to use in Belgium:

what model are these first stages?

I have been blessed with three free Beuchat VX 10s
2

Looking for gloves for tiny hands
2

I found a fairly modern scubapro regulator in brass. No Chrome?
2