You're a machine!!
OP

Some photos from this visit 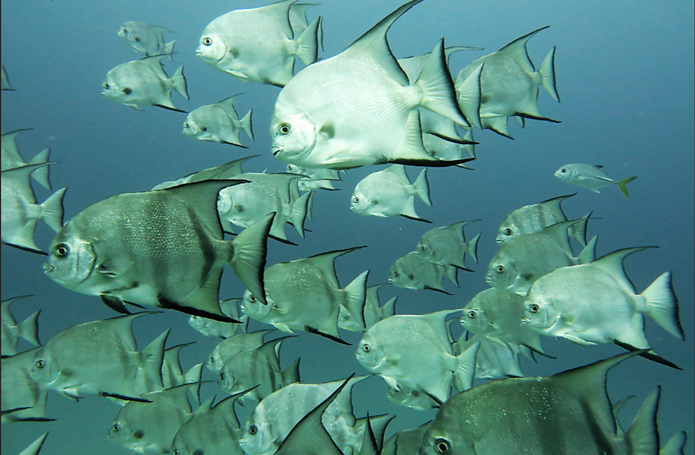 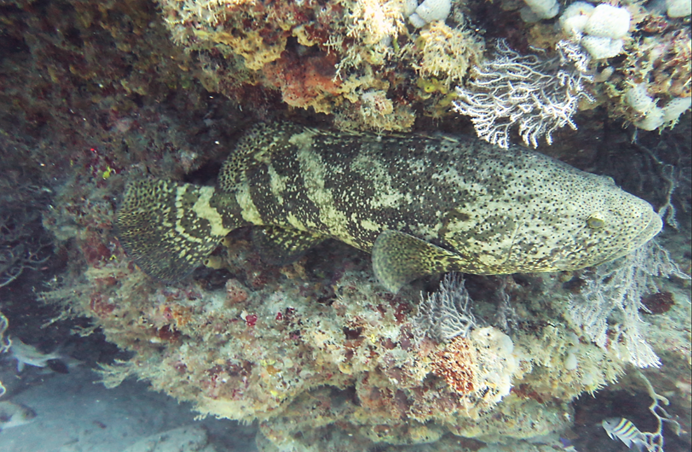 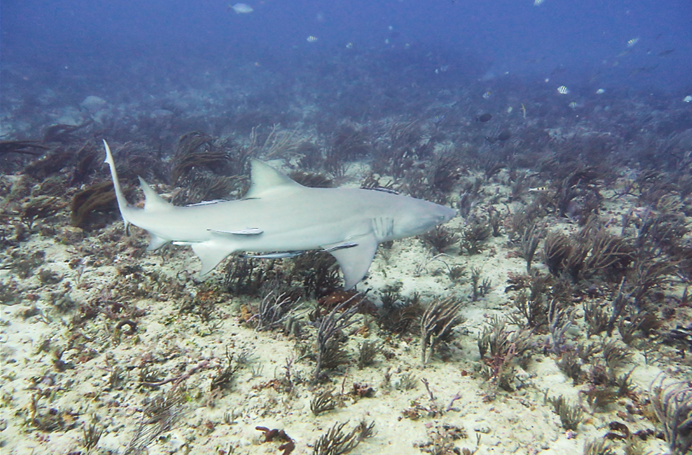 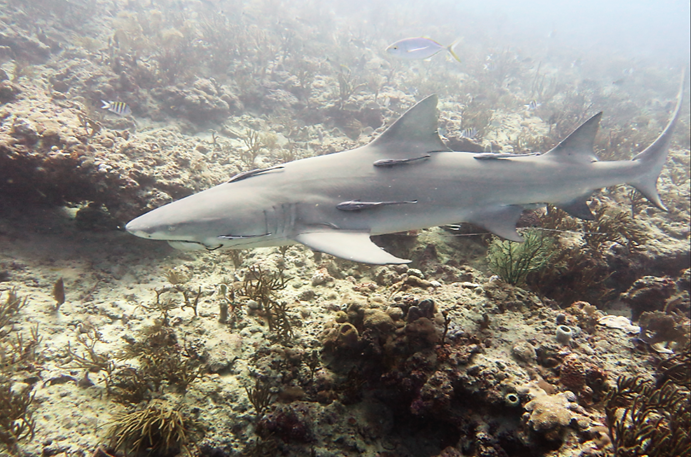 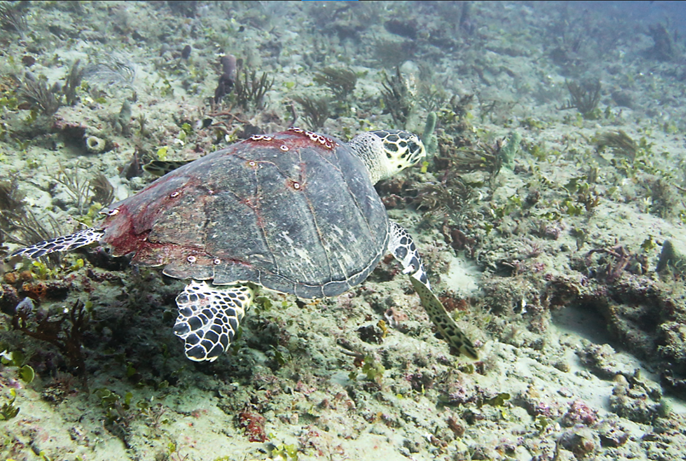 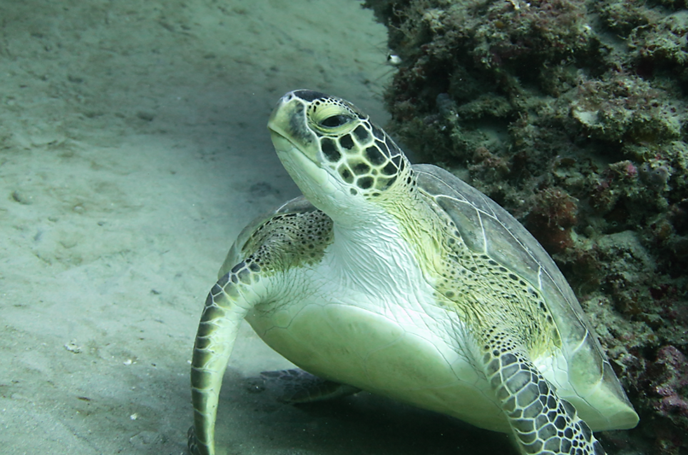 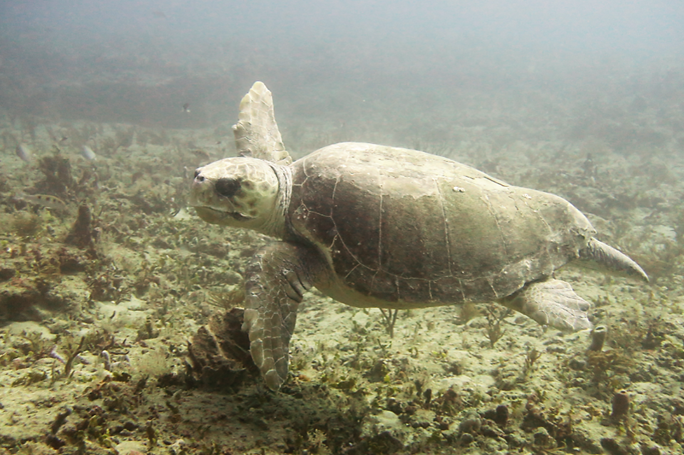 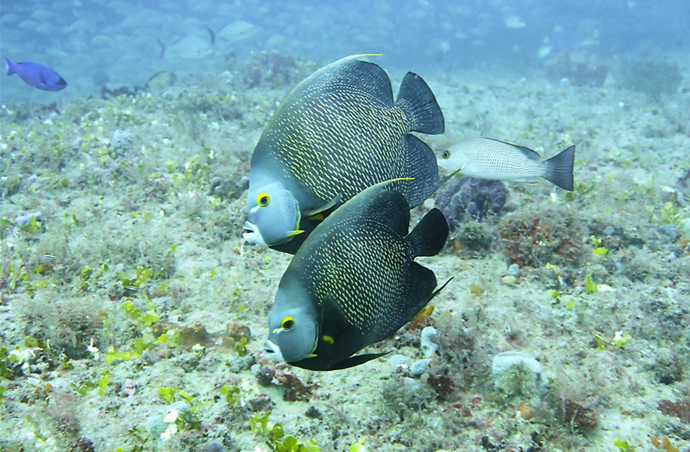 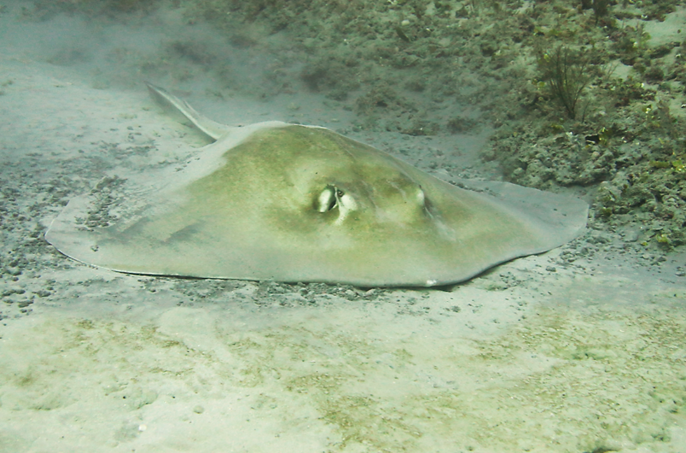 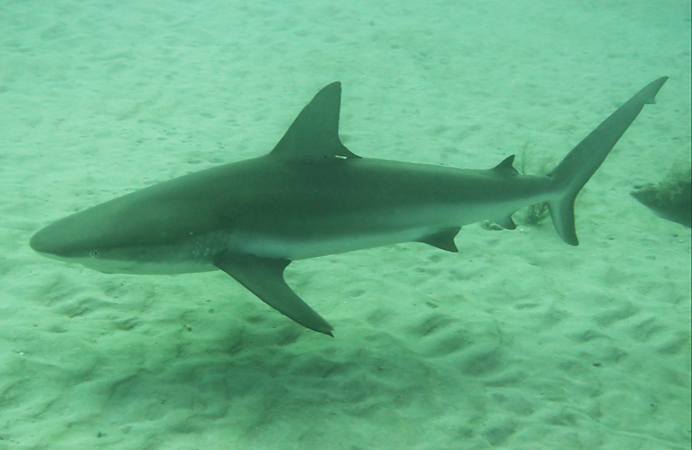 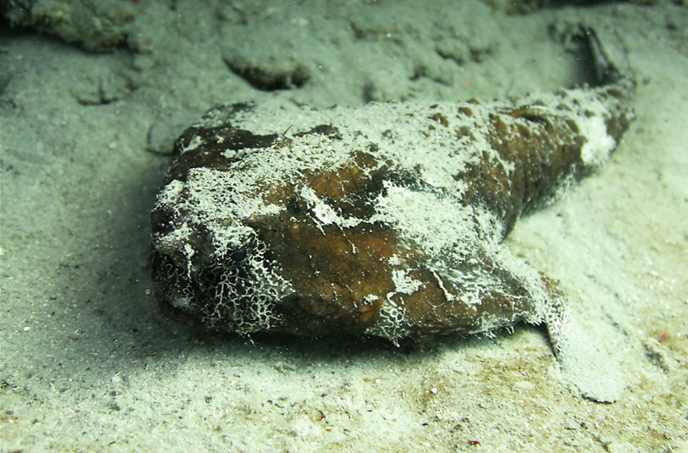 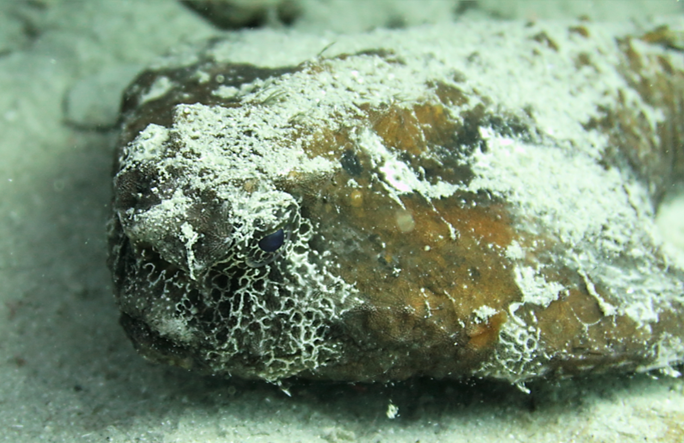 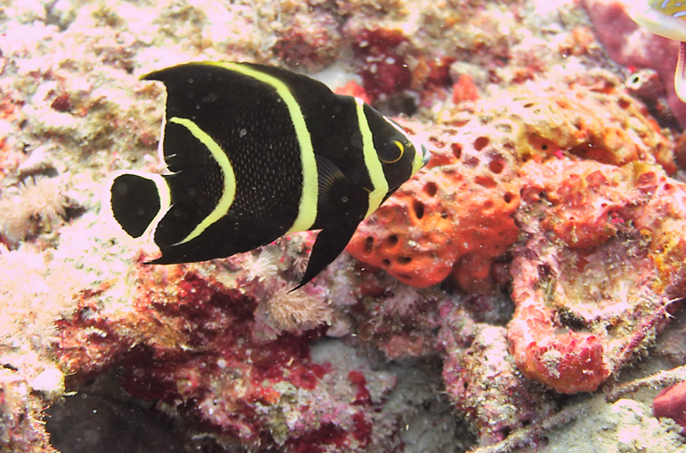 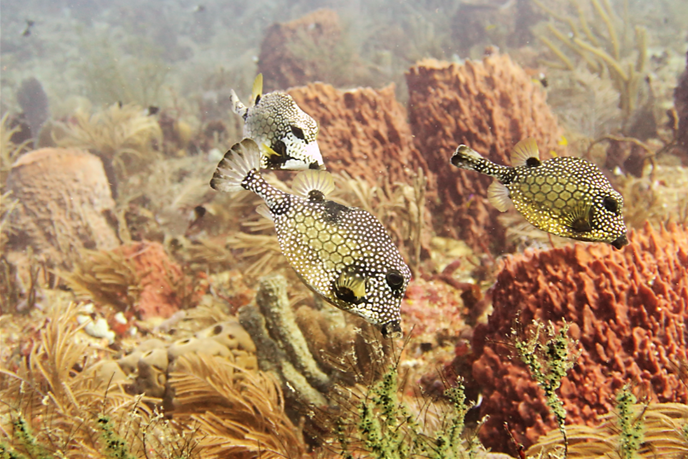 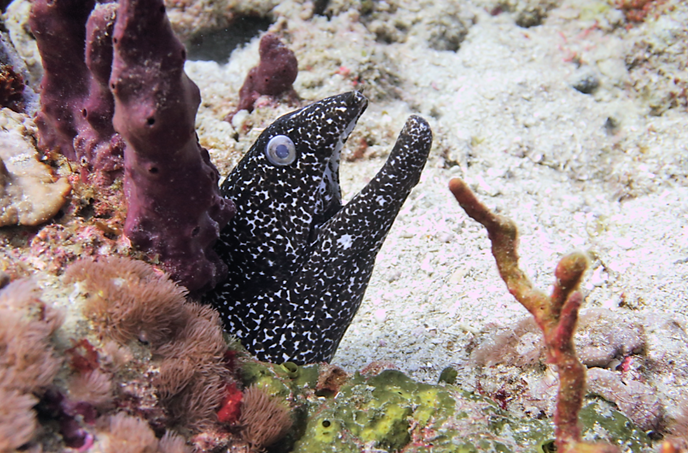 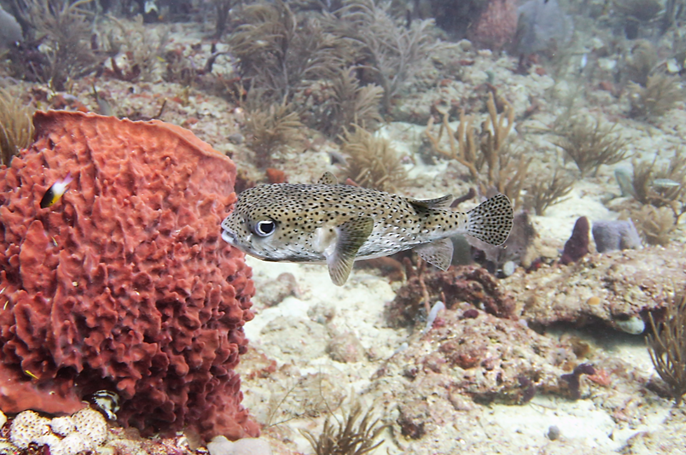 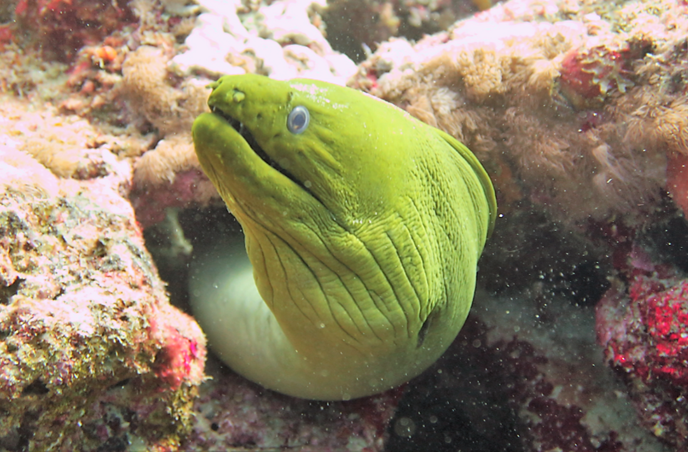 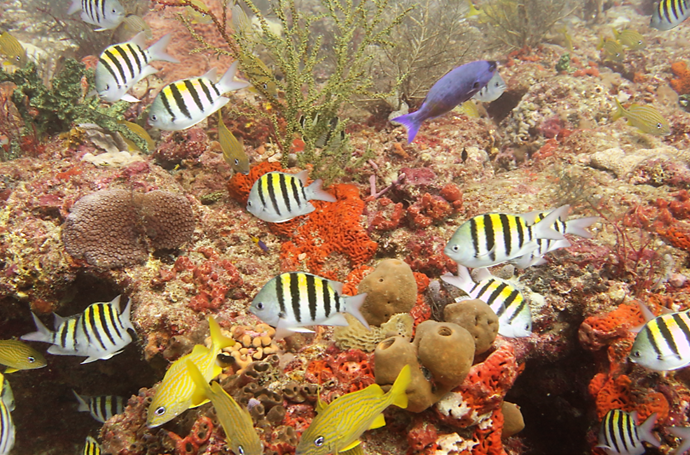 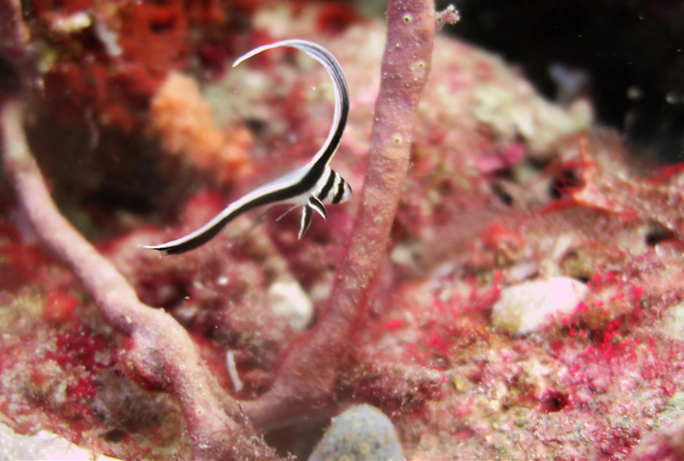 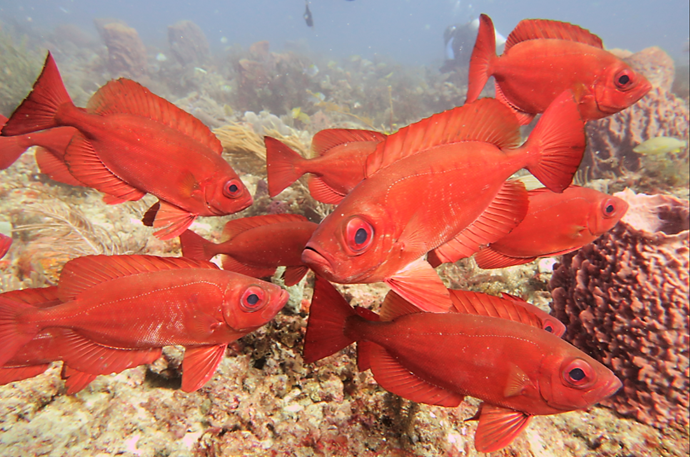 The day was supposed to be 2-3 feet, it was actually the calmest day so far. The morning was nearly glassy flat, built to a little bit of wind and chop by the end of the day. There was very little current, mostly a trickle north. Started mild south on the outside on the 3rd dive, switched to mild north on the inside reef. Visibility was mostly around 60 feet, water temperature was 78-79.

I did four dives with Loggerhead out of Boynton with Capt Jim. Dave was mate in the AM and Tony the mate in the PM. The first dive was one we don't often make, Horseshoe, north of Boynton. This is a fairly normal reef dive until you get to a very large, tall hook in the reef, the horseshoe. As usual, the bowl was filled with huge schools of grunt, really magnificent. We saw 2 nice Bull Sharks on this dive. The second dive was on the north part of Boynton Reef, at Lynn's, a second, shallower relief above the main ledge. We saw another Bull Shark, a beautiful Hawksbill, an octopus in its den, and all the usual reef fish. The last two dives were outside of Gulfstream with a crossover to the inside reef and at Briney Breezes/Jerry's No Name. I saw a couple of good sized Lemon Sharks, another Hawksbill, and all the usual suspects. A great day of diving
Click to expand...

Horseshoe out of Boynton seams like a better choice in the winter than West Palm as you have a following sea going home. We only run down there from West Palm when conditions are flat or the few times we have a south wind, but well worth the trip. Hogs are short and lobster scarce, but very pretty on top with the large barrel sponges and loaded up with resting turtles during turtle season as they get very little disturbance and sleep right through your visit.
OP

The last time I did Horseshoe was during turtle season, we must have seen 2 dozen. We didn't see any turtles on this dive.

I've never done Horseshoe. I'll have to add it to my list of sites to hit if possible when the conditions are right.

Divin'Papaw:
I've never done Horseshoe. I'll have to add it to my list of sites to hit if possible when the conditions are right.
Click to expand...

Always a fan of the Green turtles that look like they have serious attitude problems- great pics!
Like the morning sun you come and like the wind you go
OP

Redfoot:
Always a fan of the Green turtles that look like they have serious attitude problems- great pics!
Click to expand...

The turtle trifecta was in a single day in Jupiter
You must log in or register to reply here.

Trip Report Back in SE Florida, part 3, You can't always get what you want...
2