RobPNW:
I just don't know if they were including the "semi closed" duck bill style ones in their definition of "open bottom"
Click to expand...

I wasn't lumping them together. Truly open bottom will spill at a moment's notice and should be avoided like the plague.

In my view, the duck-bill / semi-closed are OK but a bit unnecessary. (An inflator hose will do the job if you lack the lungs/depth to properly deploy orally, which admittedly will happen at some point as size increases.) However, the market seems to disagree with me given the proliferation of semi-closed in larger sizes.

As I understand it, the main drawback to semi-closed is water can be forced up through the duck-bill valve in some situations. I suppose freeflowing a regulator (the typical way I've seen them deployed) could be a risk in cold water, but I'm speculating there.

I don't feel strongly about the duck-bills, though, and I mentioned up-thread that I have one. However that's only because I can't find an affordable closed-style in the size I'd like. So I just treat the duck-bill like it was closed... and carry a (smaller) closed one as backup.

Where I dive, you set the SMB off from the bottom as there's plenty of current. The skipper will keep an eye out above the wreck for SMBs; someone putting up an SMB from, say, 21m/70ft would be several hundred metres/yards downstream of the wreck when the SMB surfaces.

As there's current, it's possible for the SMB to float off sideways, so you need a longer line. "Recreational" diving is defined as 40m/130ft, so add half as much again to get 60m/200ft and you'll be OK if the tide's running.

One reason for a bigger reel is it winds up faster; the reel is wider so as π/pi is our master, one turn of a big reel is worth 3 turns of a little one; slower is easier.


I know of an old-school diver who has a 12m/40ft length of rope with a weight (spanner/wrench) tied to the SMB. He inflates the SMB and uses it to take him up to the 12m/40ft stop. Most of his diving's in the 30m/100ft to 50m/165ft range with a single and tank-mounted pony. He's very experienced with thousands of dives like this.

I install this one the valve is internal, no clunky circular valve to push and play xylophones against your teeth 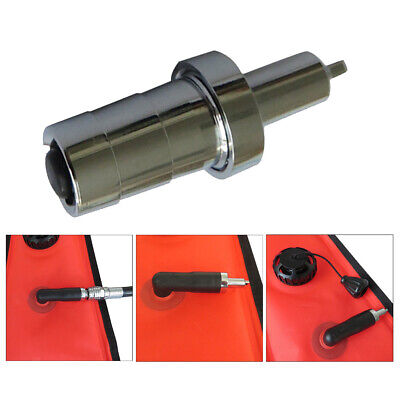 Your given right is to not interfere with other peoples rights
So do whatever you want but move to your own island first....Emile again
R

I went ahead and got one of the Xdeep 140 closed bottom DSMBs. It only 55" tall but that's good enough for my diving for now. Has a closed bottom, OPV, oral and inflator valve, SOLAS and pocket for a chem light or whatever. The other thing I like about it is it's just plain orange, without a bunch of marketing garbage on it. 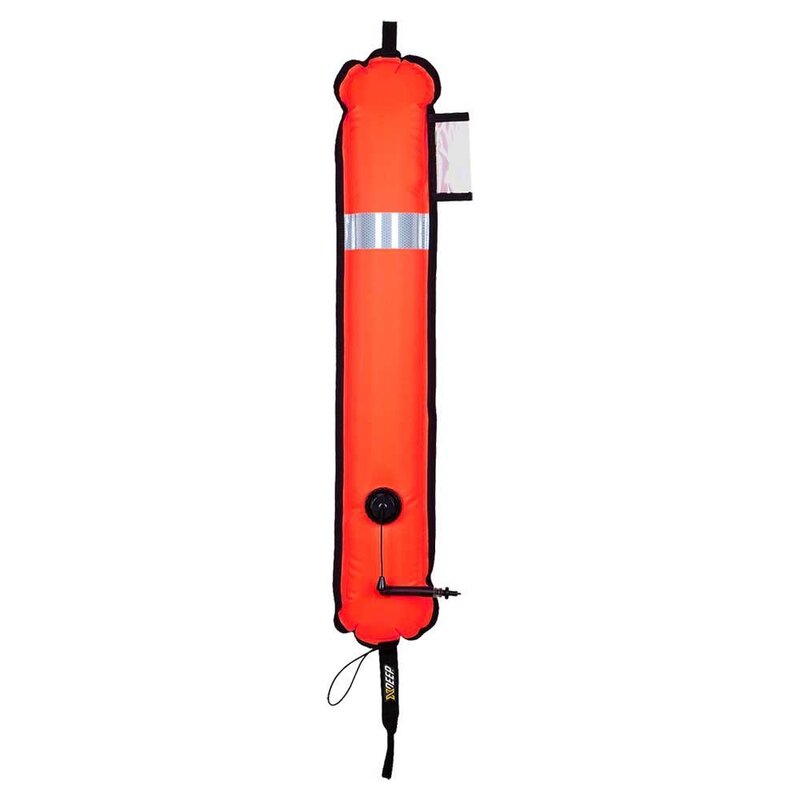 RobPNW:
I went ahead and got one of the Xdeep 140 closed bottom DSMBs. It only 55" tall but that's good enough for my diving for now. Has a closed bottom, OPV, oral and inflator valve, SOLAS and pocket for a chem light or whatever. The other thing I like about it is it's just plain orange, without a bunch of marketing garbage on it.

Also a nice simple single tail to tie the line. Doesn’t get caught when launching
R

Any consensus on flat line vs regular line for a spool? Any particular advantages to certain line colors?

I don’t like the flat line but others have had good luck with it. I think it‘s great when new but difficult to wrap it back up keeping the line flat (so it gets twisted). Could be I’m not doing something right but #24 cave line works well for me.
To disagree, one doesn't have to be disagreeable. - Barry M. Goldwater

RobPNW:
Any consensus on flat line vs regular line for a spool? Any particular advantages to certain line colors?
Click to expand...

There is a massive disadvantage though; the line can very easily slip through the bolt-snap and the spool heads down to Nelson's locker. You have to mitigate this with some knitting, e.g. twist the bolt snap to keep the string tight against it. To be fair, this issue applies to any spool, not just Apeks.

Colour; who cares. Slightly relevant if doing a jump in a cave, or maybe shows your line off when spooling out from the shot-line or sorting out a tangle of lines, but mainly it's asthetic.
You must log in or register to reply here.

Why not attach spool to DSMB before the dive?
7 8 9

Yet Another DSMB Size Thread