As far as we know, it was first discovered and identified by @Steve Lawson . @California Diver and I dove it on Monday of this week. The visibility was not great but I was able to get some good photos. The wreck consists mainly of the massive (and I mean massive) wing of the PBM along with both engines & props. There is a section of the tail and also one of the gun turrets a short distance from the wing.

The story of the PBM Mariner, the wreck site and photos are all available at:

Background I had first heard about a PBM Mariner wing section from Steve Lawson last year. Since then, Tyler Stalter and I had spent quite a few days and dives trying to find the elusive wing and e…

I'm working on building a full photogrammetry model of the site as well (stay tuned). Here is a photo of Tyler at one of the props. Many more photos and information on the site are at the link above. 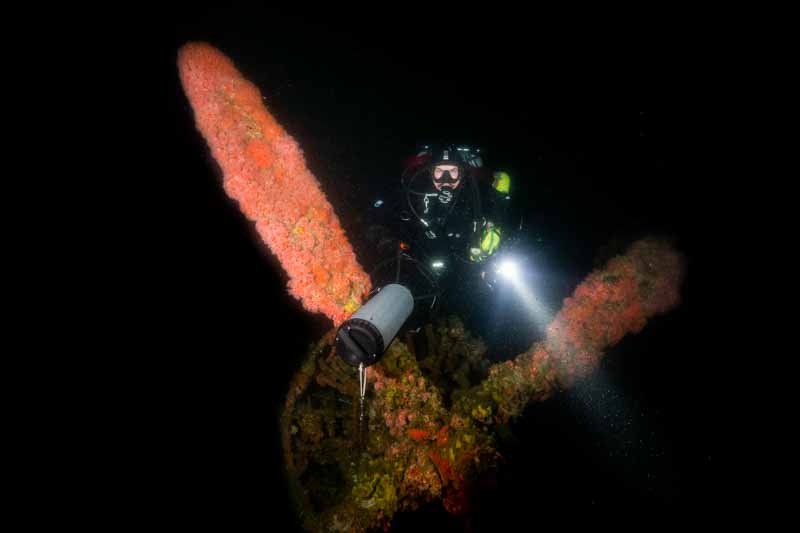 - brett
You must log in or register to reply here.