Oxygen poisoning seizure > how to react ?

we had an accident recently in the local community ; from oxygen poisoning. The diver was instructor, recognized as experienced, and had at least one experience buddy with him. They were diving a multi stage deep dive (80msw +).

Looking at this, we're trying with some friend to determine how we should react if a buddy ever comes across such situation. The point is not to go through everything that should be done to avoid it ; but to determine the procedure IF it ever happens.

So far we came up with this :
- Wait for the seizure to pass, keep regulator in mouth if still there.
- Keeping the head toward bottom (to avoid water entry in the mouth), and as soon as the seizure pass, give forcefully bottom mix regulator, ideally on long hose
- Stabilize the situation and follow deco plan. Switch the buddy gas as needed, avoiding switch if possible. Meaning that if a deco stage has enough gas to complete the deco, even if significantly longer that the deco with another higher oxygen stage, do not switch.

The rational is that the seizure is supposed to last about 30 second, during which the buddy cannot breath. When the seizure pass; he will have lost consciousness ; but will be breathing> therefor ; it is critical to make sure he has a regulator in is mouth at this time.
Once this stage is passed, he is not in immediate danger. Although not conscious, it is better for him to finalize deco than to have him bolt to the surface (unless you know a recompression chamber is available near by.)

Does that make sense to you ? what would be your procedure for such case ?

I agree, I would absolutely not recommend a regulator switch on an unconscious diver, under any circumstances. This is likely to end in drowning. You need to get them to the surface ASAP (best to avoid surfacing during the seizure itself if you can keep the reg in, to avoid pulmonary barotrauma). You can fix bent, you can't fix dead.

If you yourself have a big deco obliigation, then you have a hard choice - surfacing the injured diver, handing them over to surface support for resuscitation, and then returning to do your deco (and hoping that you don't die from that) vs. making them buoyant, sending them to the surface and hoping for the best (unlikely to be survivable for the injured diver).

If you have a major deco obligation with a breathing but unconscious diver, and there was no nearby chamber, I guess you could make a case for trying to do at least some of the deco on back gas (he has enough, right? Lost gas planning?). But with a major deco obligation, survival is less likely, and you need to make sure you don't make this a dual tragedy. And since you don't know the injured diver's real PPO2 or what other factors were involved (meds, pre-existing disease, etc.), you can't guarantee that they won't have another seizure during that deco. So I would opt for surfacing as soon as reasonably safe. The rescuing diver should switch to their richer deco mix when appropriate to minimize their own risk, if they are doing anything other than heading straight for the surface.

One other consideration is that if he had a seizure because he inadvertently started breathing a rich mix at depth, then even if the reg was in his mouth you don't want him breathing that deep. So then the question is can you get him (and you) safely to a depth where the rich mix is no longer toxic, even if that blows your ascent plan. Is this safter than trying to put the correct bottom mix reg in at depth? Not a lot of data on that - as mentioned above, hard choices.
dive.rothschilddesign.com

Etmutt:
....Although not conscious, it is better for him to finalize deco than to have him bolt to the surface (unless you know a recompression chamber is available near by.)

Does that make sense to you ? what would be your procedure for such case ?
Click to expand...

First, keeping an unconscious diver underwater would be much more dangerous then sending him to the surface. Especially if you have swapped regulators, there is no way to tell how much water has been asperated from the moment of the seizure until after the swap and continuing on from there. Doesn't take much water in the lungs to drown.

2nd consideration is at what depth did he/she tox? Remember that if the tox was due to breathing the wrong gas at depth (high PPO2) the divers deco obligation will be much reduced. If it is at your 20' stop, then even better. End of the day and unconscious diver is always better at the surface.

There is a great illustration of how to deal with this exact scenario, back in the 90's sometime, Bill Deans, down in KW, had a diver tox, the story is published somewhere, but they took the guy to the surface, went back down, completed deco, when they surfaced the guy was fine. Your results may vary.

And one additional consideration, how well will you be able to safely control the unconscious diver while you are conducting your deco, and switching gases?

Priority 1 is airway management. Keep reg in mouth, don’t ascend or descend until after the seizure stops. If you can get the reg back in their mouth, do so. To my knowledge, it is unclear if the glottis closes during oxygen seizures. If so, an ascent during this time could cause a lung over-expansion injury.

There will be a period where the diver gradually regains consciousness. You don’t HAVE to do anything during this time if you keep the reg in their mouth. However, if you can ascend, do so.

Launching someone to the surface from depth unattended will certainly result in a fatality.

PfcAJ:
Launching someone to the surface from depth unattended will certainly result in a fatality.
Click to expand...

99% true. But it may prevent a double fatality.
dive.rothschilddesign.com

doctormike:
99% true. But it may prevent a double fatality.
Click to expand...

Or just hang tight and let them regain consciousness.

Ones “action” can simply be patience.

PfcAJ:
Or just hang tight and let them regain consciousness.

Ones “action” can simply be patience.
Click to expand...

Dunno. Hard to really be precise and speak from data on this particular topic, since the number of cases are so small and there are so many variables. So I would never claim to have the "correct" answer, and I suspect that even the most experienced divers are just making their best educated guesses. There really aren't trials comparing both approaches.

I would be concerned about sitting around at depth with an unconscious diver for a number of reasons.
- You have no idea how long it will take for them to regain consciousness - this is different from waiting for the seizure to stop.
- You don't know what they are going to be like in a postictal state (combatitive, disoriented, etc..), and how that would affect your own safety.
- If you are talking about a big deco obligation, being patient at depth means even more decompression stress and ongassing. So if you aren't going to surface, at least try to get shallow. Also, that way if all hell breaks loose and he has another seizure or wakes up and tries to kill you, you don't have as far to go.
- Any time underwater with an unconscious patient - even with the best intentions of holding in the regulator - is a significant risk for drowning. Just physically holding a regulator in place doesn't mean a watertight seal, like a conscious diver makes with their oral musculature.

Yes, we can all come up with scenarios, but unless you knew that a direct ascent would virtually guarantee death (huge deco obligation, far from a chamber), I would say that an unconscious diver is always safer on the surface.
dive.rothschilddesign.com

Found the story on the KW diver incident (note how long according to the report that he regained consciousness:

May 1993
Key West, Florida—A diver mistakenly switched to his “labeled and color-coded” oxygen regulator instead of EAN 36 at his 28 m/90 ft decompression stop following a 25-minute exposure to 64 m/210 ft conducted on trimix 17/50. The diver seized approximately 4 minutes later at his 21 m/70 ft stop during the mix training dive and spit his regulator out of his mouth.

A second diver was on the scene in seconds and, unable to reinsert the regulator and having a substantial decompression obligation, inflated the diver’s BCD and sent him to the surface. The diver was picked up immediately by the surface support crew and displayed faint irregular breathing. He was cut out of his equipment, lifted on the boat, and placed on oxygen when he became semi-conscious. Emergency evacuation procedures were initiated and the boat left to rendezvous with an ambulance dockside about 50 minutes away.

The diver regained full consciousness within about 15 minutes and did not exhibit DCI symptoms. He was evacuated from the hospital to a chamber within an hour and a half. Still not exhibiting symptoms, he was treated with a Table 6. The diver has little memory of events following his/27 m/90 ft stop until regaining consciousness at the surface. Apparently, his only warning was a vague feeling that something was wrong after switching to O2. Reported by Key West Diver Inc. 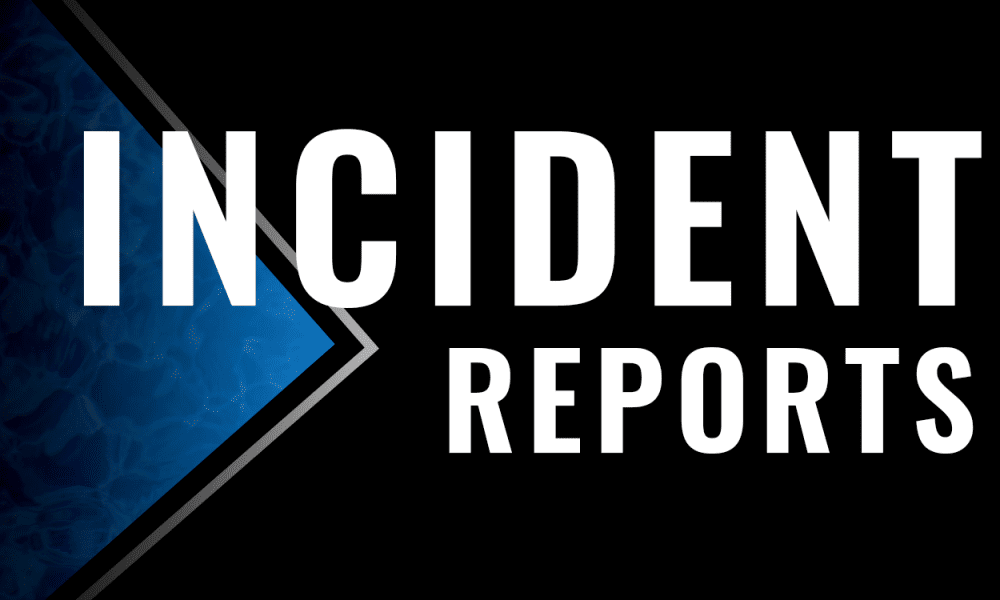 The early days of technical diving were marred by an alarming number of fatalities that threatened the viability of this emerging form of diving. Here InDepth editor-in-chief Michael Menduno presents the original accident analyses of 44 incidents that resulted in 39 fatalities and 12 injuries...

jadairiii:
A diver mistakenly switched to his “labeled and color-coded” oxygen regulator instead of EAN 36 at his 28 m/90 ft decompression stop following a 25-minute exposure to 64 m/210 ft conducted on trimix 17/50. The diver seized approximately 4 minutes later
Click to expand...

jadairiii:
Apparently, his only warning was a vague feeling that something was wrong after switching to O2.
Click to expand...

So there was vague feeling of something wrong for 4 whole minutes?
You must log in or register to reply here.

Going to back gas while switching stages?
2 3 4