Parting Thoughts.​
My May 2021 CocoView Resort 7-day stay is a limited 'sampler' of Roatan diving, but my personal impressions from diving that region:

1.) Lush reefs (more so the offsite boat trip sites), could've been fishier but a decent array, and while not a 'big animal' destination (though I saw a Goliath grouper!), I saw black, yellow fin and tiger grouper, eagle and southern stingrays, a large dog snapper on a night dive, green moray eels...so I was content with the sea life.

2.) Often vertical walls, at times dramatically so. Quite a contrast from diving Bonaire.

3.) Total trip cost with airfare roughly conquerable to other solo dive trip destinations I've tried. You can have a variety of different vacation styles on a decent budget in Roatan.

Judging from Scuba Board discussions, I consider the mainstream greater Caribbean region dive destinations to be (in approximate order of 'mindshare'):

If we expand to the U.S., I'd add the upper Florida Keys (mainly Key Largo) to #3, and Jupiter/West Palm Beach to #4. I wanted to round out my basic exposure to the regional mainstream destinations, which leaves me the Bahamas on the bucket list. Roatan was well worth a trip, and has many repeat visit fans.

Hopefully done...unless I made mistakes to fix. One thing I'd like to see more of, in this thread or others, is topside photos and descriptions of places divers stay at West End and West Bay.

Wow, tons of research ..... BUT ..... Common mistake repeated in your research re. Utila. The island is "all walkable distance".
Only the area around East Harbor (Utila town) is walkable (this represents only about 25% of the island but is where 90% of tourists stay). The most beautiful parts of Utila; the south shore, west side and north side are only accessible by boat. These areas have miles of empty beaches with fringing coral reefs just a few feet from shore. While the north side is uninhabited, the south shore and gradually the west side, are where you'll find beautiful beach front rental homes and the cays (some available to rent, some private and some uninhabited). This area is serviced by Utila Cays Diving.
If you want to see where the expats and locals go when they want to get away from the noise of town and relax in a beautiful Caribbean setting, you have to get on a boat and leave Utila town.

drrich2:
Warning #2: Sand fleas (a.k.a. ‘noseeums’) at Roatan beaches get more complaints on Scuba Board than I’ve noticed for other dive destinations. Do not go without repellent to ‘see how it goes;’ get it on, keep it on where they occur. See – Bugs on Roatan? They nailed tridacna (Post #16) in a hammock at CocoView! Honduras is also part of the ‘Mosquito Coast.’
Click to expand...

I was in Utila in 2008 & got bitten badly by those little devils. I swore to myself to not coming back there or to any of Honduras dive destinations ever.

It’s another Caribbean destinations and I graduated from them anyway (been there done that kind of things for Utila, Bonaire, Belize, Cayman Islands, Tobago, etc.).

Doc Radawski, a permanent fixture at CCV until his death a few years ago, used to give a talk about the history of Roatan. It was a wonderful lecture touching on all aspects of the island especially the story of how SCUBA was introduced - he was a pioneer. He made a point of ruing the absence of even more mosquitoes and biting insects. He claimed that without them, the island would be completely overrun with tourists with associated destruction of the natural forests and animal habitats. To him they were a blessing!
OP

laurenceh:
Only the area around East Harbor (Utila town) is walkable (this represents only about 25% of the island but is where 90% of tourists stay). The most beautiful parts of Utila; the south shore, west side and north side are only accessible by boat.
Click to expand...

Thanks! This will help people understand the Utila situation better. I still had time to add the above piece of your post to the original. I didn't remove the other info., but with your addition and your post on this thread, I think people will understand the situation. It seemed likely people researching Roatan as a diving destination would want to know a bit about the other Bay Islands.


tridacna:
To him they were a blessing!
Click to expand...

One man's sand flea is another man's eco-warrior!

As always @drrich2 does very thorough research on the dive destinations, which makes it easy on us to decide before making a decision. Kudos to @drrich2

tridacna:
Doc Radawski, a permanent fixture at CCV until his death a few years ago, used to give a talk about the history of Roatan. It was a wonderful lecture touching on all aspects of the island especially the story of how SCUBA was introduced - he was a pioneer. He made a point of ruing the absence of even more mosquitoes and biting insects. He claimed that without them, the island would be completely overrun with tourists with associated destruction of the natural forests and animal habitats. To him they were a blessing!
Click to expand...

Indeed! I’m one of those “lame” tourists.

Truly a great effort to explain the inexplicable.

Roatan is like the elephant being described by several blind men. 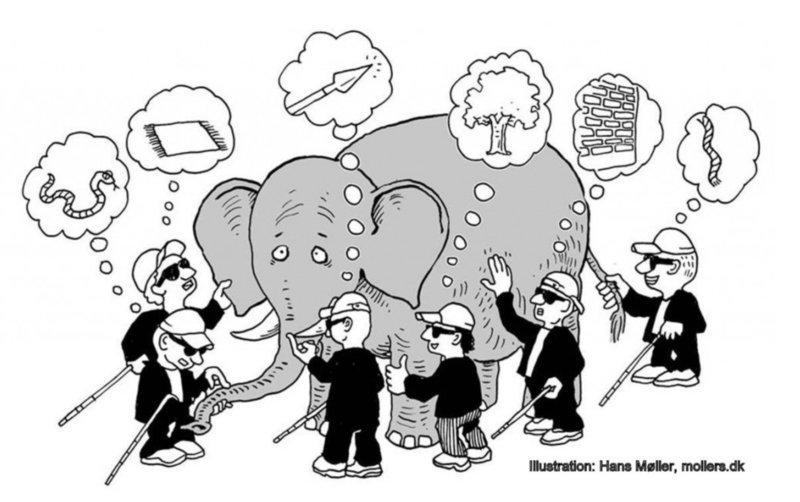 It is the prime example of Dunning Krueger. By the physical nature of the Bay Islands, it attracts a lot of blind men.

Sorting through what @drrich2 recognized as relevant comments is no small task. There were some quotes that were indisputable factual mis-statements, but that’s the nature of the beast.

If I would find one summation to any single trip report or comment by a diver who spent 1 week diving in one zone of Roatan, or somebody that thinks that their one day excursion to “the other side” was an eduction? Well, no, you just have no idea.

Doc Radawski was mentioned earlier. His lectures also included the elemental concept that the island’s peculiar geography dictates what you see underwater and how it varies dramatically between “regions”. Doc & I talked about this quite a bit, and agreed that there were six totally distinct regions of underwater topography presented on Roatan. These concepts came from notes as I was aqua plane towed around he entirety of the island in 10 days.

The vast majority of visitors who dive, do so out of West Bay. The comparatively few visitors who arrive at CoCoView or Anthony Key do far more dives per visit. This is lost on most, and forms a critical conundrum that affects perceptions and thus- trip reports.

[Well, this is SCUBA Board, not Twit Advisor. SB has had to evolve because of the nature of Internet Divers. Gone is usenet/rec.scuba, now here we are forewarned that no question is too inane. And as to Trip Advisor, in re Roatan, there is ZERO Scuba knowledge available there, lots of hotel info, but…]

The unsaid part of all of this is not only to be analytical and critical of the specifics of any dive-op, but also to be very introspective of exactly what it is that you want. There seems to be a psychological barrier to admitting that you’re here at Scuba Board knowing you’ll only want one-dive-a-day, maybe 8 in a week. There is no shame, but don’t cause the herd to imagine that you want what they want, maybe 18+ in a week. There is a substantial over-estimation of “volume of diving”, rarely is the reality stated.

Roatan started out in 1980 as strictly a dive destination. Now, there is Bojangles Chicken. Two of them! The Ferris Wheel, Airplane Rides, and Mini-Golf came and went. We have two cruise ship docks and a Harley Davidson store. Zip lines for the Pod People, a four seat Dopplemayer Chair Lift…and holy shnikies… a Submarine. A Honduran Submarine, you try it.

On Roatan, this distinction of — and recognizing what you want, it is really important.
Doc Adelman PADI way before there was numbers

drrich2 thanks again for the outstanding summary. I just visited Roatan 9/5/21-9/12/21 and really enjoyed it. As you mentioned, West Bay is bit more pricey, and the West End is very laid back. I stayed in an Airbnb hotel (Bayside Hotel) across the street from the dive shop. Loved it! Clean, great AC, and friendly people. I used Coconut Tree Divers, and highly recommend them. They have a perfect location, are reasonably priced, and have a great staff. I did rent a scooter and had no problems. Don't expect a lot of "night life" in West End. Bars close early, but I didn't mind as I was up early each day diving. It was very hot and humid, and water temps were in the 80's. All perfect for me! The reefs were outstanding, vis was great, and that area has the flattest seas I have ever seen. I will definitely return.​