Chavodel8en:
Most of the folks who die at Monastery aren't divers, they are waders who get pulled unaware into the small but powerful surf zone. I feel the "Mortuary Beach" descriptor doesn't necessarily refer to the diving.

Always respect the ocean, but I feel comfortable knowing that I wont drown as long as I keep my reg in my mouth. Tossed around, knocked down maybe, but still breathing air. It'd be a different story if I didnt have a reg in my mouth!
Click to expand...

That is my impression as well, it's mainly people who think they can wade. But at the same time people die there every single year. And it can be hard to exit with the steep slope and "sand" that's closer to gravel. Reminds me of climbing a cinder cone. And you don't want to enter or exit in the center. I think if you know everything you're supposed to know it's not particularly dangerous, but if you're new there's a bunch of other sites that don't have the same gotchas.

I don't know. I kinda like Monastery's ill-deserved reputation as a sort of "bozo-filter." I can still get a few dives in, when friends manage to visit, over a weekend (when I would otherwise avoid the area), while the other side of the peninsula always looks like an ill-conceived effort at de-evolution -- everyone returning to sea, and mucking it up.

Here is some slack-jawed punk, seemingly testing fate -- "DON'T BE THE NEXT VICTIM!"
I think that they've added even more crap to the sign, recently . . . 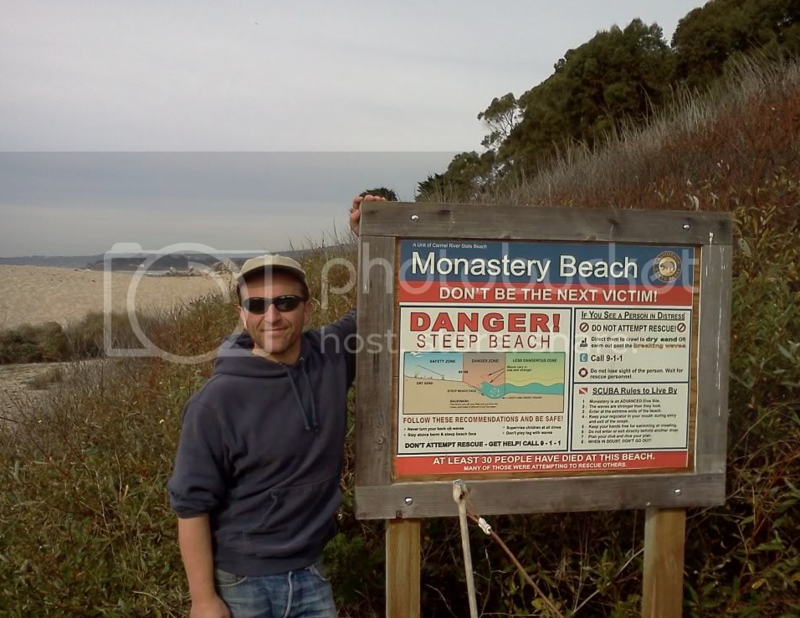 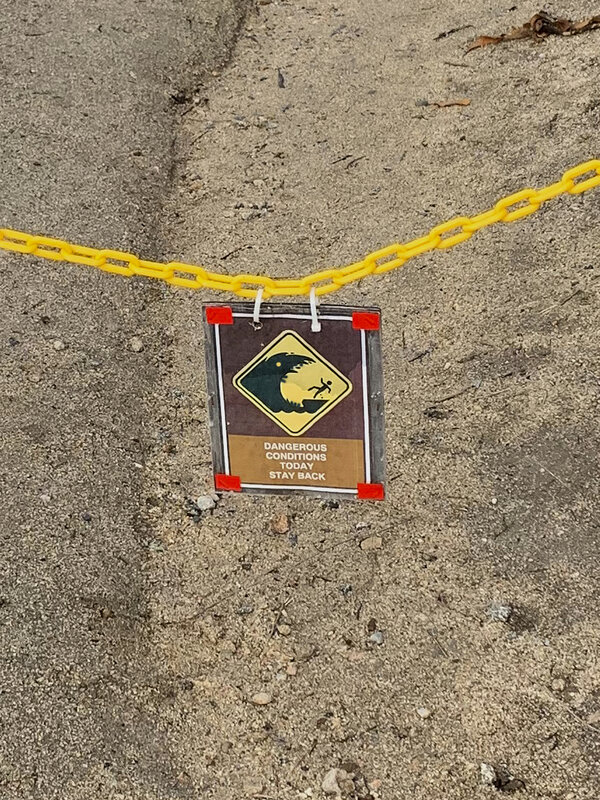 Two dives today at Breakwater. Vis was 20-25+. Vis got better as the day wore on and further out you went. Saw a nice healthy Mola which was a highlight.

uspap:
Two dives today at Breakwater. Vis was 20-25+. Vis got better as the day wore on and further out you went. Saw a nice healthy Mola which was a highlight.
Click to expand...

Cool! How big was the mola mola? Like the juveniles from last year or full size?
U

I must confess I don't know what full size is but he looked about like the ones I saw last year. Possibly a little bigger. I'd imagine it takes a special type of Mola to avoid becoming a Sea Lion Frisbee. Here is a link to the video.

That's what I would guess, about 2-2.5 señoritas in length.
U

It was tough getting the Senorita to cooperate with giving perspective to the size of the Mola but in the end it all worked out.
U

Went to Breakwater today and water looked like a pretty significant algae bloom was underway. Went to Monastery and it was a bit rough and water didn't look too good from the surface. Went back to Breakwater and saw some divers who just got out of the water. Most divers are nice people but I guess I found the exception. I asked one of them how was vis and he said 15-20. I said, Oh I guess it got better below the green. He says what green? I said the green layer, which was very obvious. He looked anoid and said that's the vis. I hope he was just a client and not a DM of the dive shop he was with. Talked to a more reputable source who I've seen frequently at BW and he said hazy 10ft is being generous. We never did get in the water. Just enjoyed the sunshine and the fact that I didn't have to wash my gear when I got home.

Went to Monterey on Monday to meet up with a couple of divers from the PNW facebook group. The plan was to dive Mon night, Tues, and Wednesday at Lobos.
It didn't happen. Mon night gear issues after swimming out to marker 6. But we figured we'd just make up for it Tues or Wed. Wow. We were so wrong.

Tues am went by Breakwater. Saw some divers that just got out of the water. I don't think they were locals as NONE of the locals I knew would bother going out with the conditions as they were. The divers rented all their gear and I noticed some fins in the water as I walked down the wall. Lots of beige foam and churned up sand. The water reached all the way to the stairs and it chased beach visitors onto the rocks (those that could not make it to the stairs on time). I also noticed one almost knocked over and almost dragged a little down the beach.
Visited McAbee and Monastery too. Also took a drive up to Pacific Grove and Lovers Point.

Someone should set up a webcam for Monastery. Call it the death cam. So many people and little kids wandering around the surf break. I tried to speak to some of them and warn them but they wouldn't really listen. Insane. Some of the waves coming in really looked like they were set to pound a few visitors straight down into the sand before taking them out to see. Monastery was looking beautifully deadly.

Here are some photos from Tuesday:

San Carlos Beach in the morning. 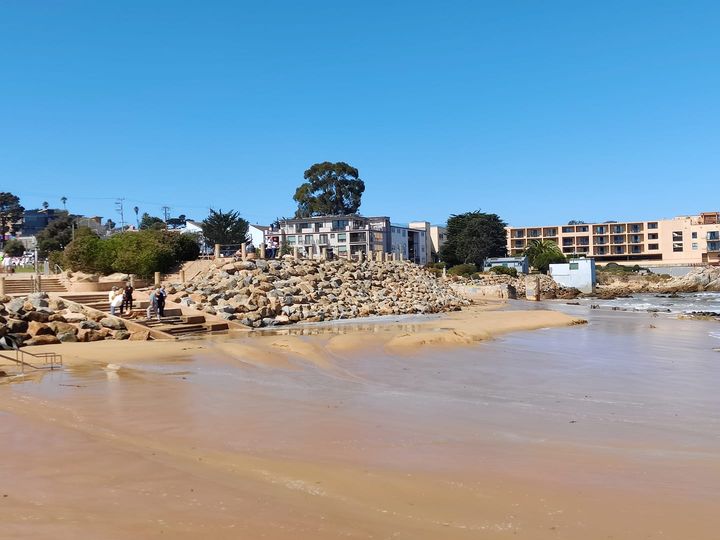 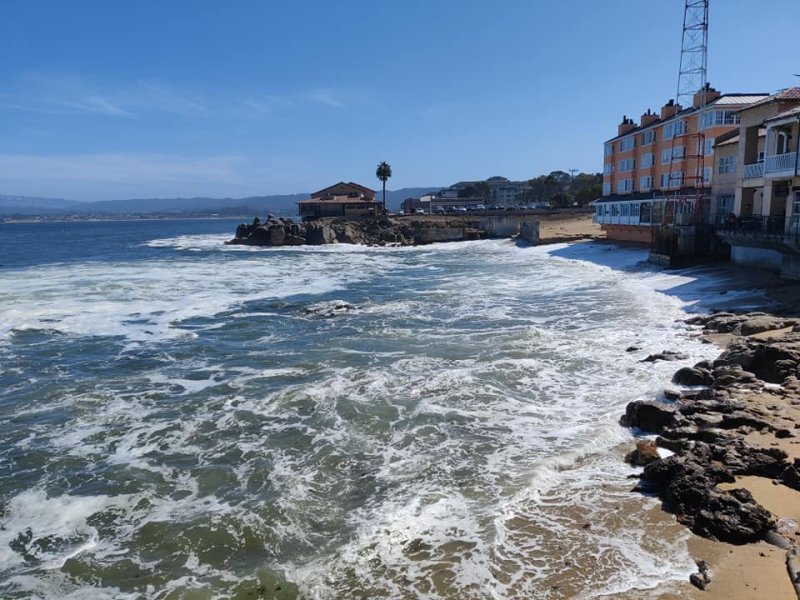 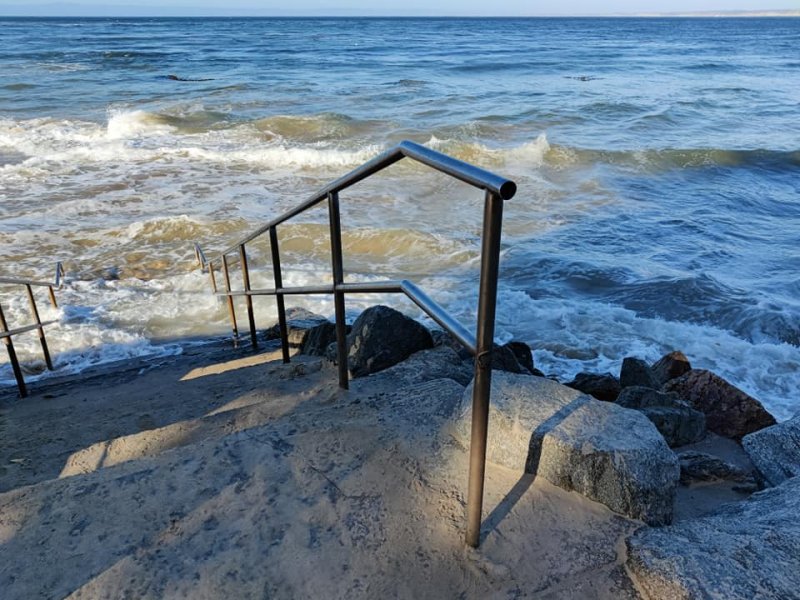 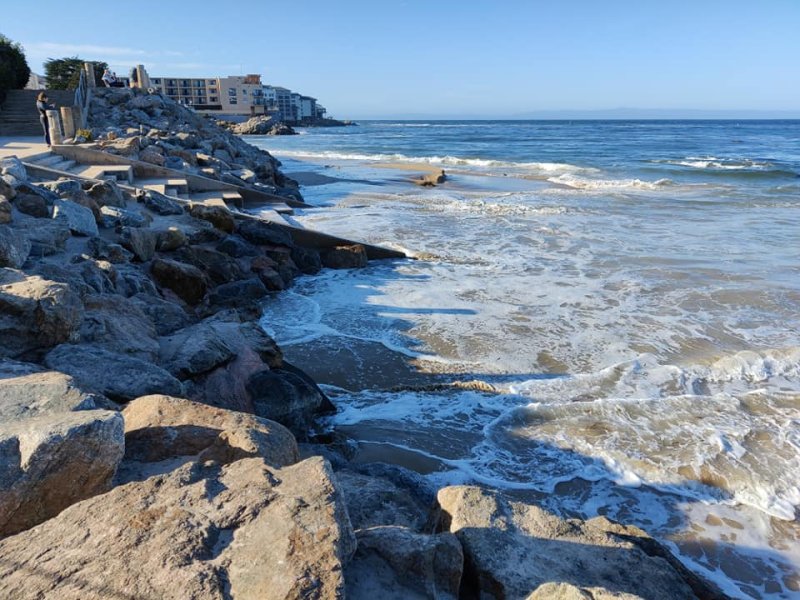 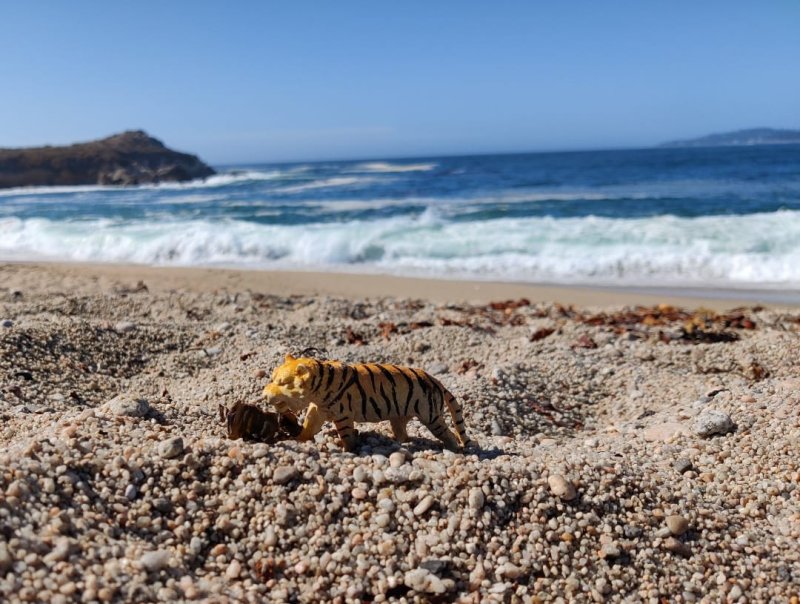 --
K
just me
You must log in or register to reply here.

Any Monterey divers down to buddy up on the 26th or 27th?

Sunday at 11:55 AM
leavenotrace