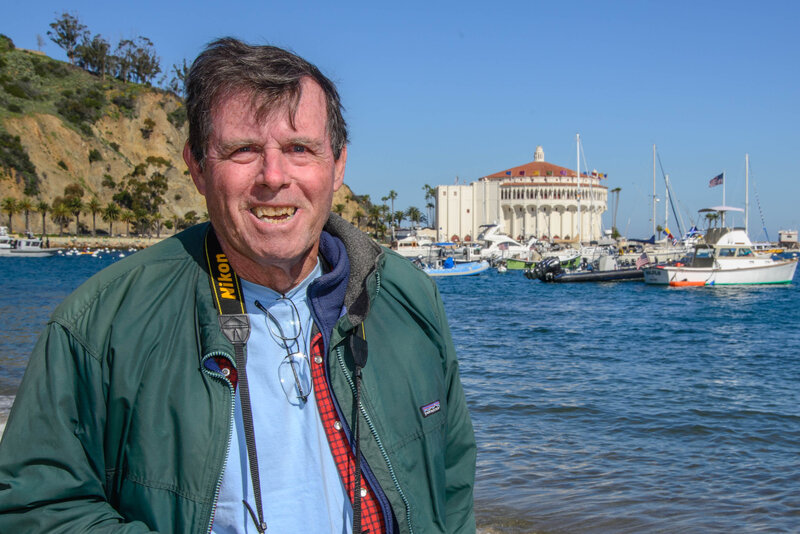 (From the Reef Seekers July newsletter)
We passed the first hurdle. Last month (June 16), the F&G Commission voted unanimously (4-0) to refer our petition to Commission staff for further review and recommendation. They also went out of their way before the vote was taken, to acknowledge the tremendous outpouring of public comments (well over 200) that accompanied the petition. (These are all of your comments both from our dedicated e-mail addy and the change.org petition.) Bear in mind that, in general terms, F&G does not like to name MPAs after people, no matter how wonderful their constituency thinks they were.

In fact, one of things we’ve discovered since the petition was filed is that they have a policy of not naming anything for someone until they’ve been dead for at least five years. So while I think we can make a very strong case for why it’s appropriate to name the Casino Point MPA in Dr. Bill’s memory, the timeframe is another hurdle to overcome and we’ll need to come up with some arguments as to why it should be done now as opposed to waiting the requisite five years.

But there’s some precedent for waiving the five-year waiting period. That’s the same as for the major sports halls of fame. A player has to be retired for at least five years before they’re eligible to be considered. However, there have been exceptions to that rule. For baseball, Babe Ruth, Lou Gehrig, and Roberto Clemente all were elected to the baseball hall without waiting the five years. And in basketball, Kobe Bryant was elected only four years after retirement. So while there’s some precedent, it’s a very steep hill to climb.

But it sounds like there might be a crack in that policy for special cases and we're hoping we can convince them that this is one of those instances. As always, we will keep you posted. Bear in mind that this is a slow, methodical process. Commission staff – and I’ve already talked with some of them – will mull this over for the next month or so and will likely make a recommendation in time for the Commission’s August meeting. But even if it’s approved then, the renaming proposal has to then go through a couple of public hearings before it can take effect. So this isn’t something that will happen overnight, if at all.
Ken Kurtis
NAUI Instr. #5936
Owner, Reef Seekers Dive Co.
Beverly Hills, CA
www.reefseekers.com

They have to wait 5 years to make sure the person stays dead?

Thank you for wading through all the bureaucracy. Once this is done you can run for Congress.
"We dive not to escape life, but for life not to escape us"
You must log in or register to reply here.

UPDATE ON RENAMING THE CASINO POINT SMCA FOR DR. BILL

VOTE TO RENAME MPA FOR DR. BILL IS THIS THURSDAY

HELP US RENAME THE CASINO POINT MPA IN HONOR OF DR. BILL