It has been longer than I thought but I just learned about Bob Christensen's passing recently. See this link:

vjb.knife:
One of the nice things about going through the Marine Diving Technology program at Santa Barbara City college in the 1970's was...
Click to expand...

Was Jerry Clauser at SBCC when you were there? I lost track if him years ago.
Click Here: ScubaBoard needs your help...​

Jerry came to SBCC in my second year 1975. I have not seen him since. I went back for a visit in 2008 and nobody was there that I knew. Ramsey parks had already passed away and Jim Parker was not teaching any longer. Those two along with Bob Christensen and Jerry were the instructors in Marine Tech when I was there.
Regards, Vince

Re Bob--I am shocked to learn of his passing
It seemed like only yesterday that he and I were chatting & catching up.
His NAUI instructor number was a few numbers under mine and I am # A 27

Re Jerry Clauser ( Clausen ?) We first met at CDC when Houston Childers was in charge-- now that is a life tine ago...we were united when he came on the SB Marine Tec as a instructor - but I have lost tract of him-- just disappeared into diving history dust

RE Ramsey Parks passed away at 39 of a massive heart attatck -- that was many years ago - possibly 40 or more years. I recall when it happend -- we all became alarmed - if it cound happen to Ramsey it cound happen to any one.
Ramsey was along with Bev Morgan and Al Tillman the driving force behind the establishment of LA Co UW Instructors program in 1954-- he was so active in diving now recalled by only a few

Sam Miller III:
Re Jerry Clauser ( Clausen ?) We first met at CDC when Houston Childers was in charge
Click to expand...

We might be talking about two different people. Jerry Clauser was hired by Jim Joiner to set up CDC's (Oceaneering International's Commercial Diving Center) Bell Sat program in 1973-4. He was with Dan Wilson's SubSea International in the Gulf of Mexico before that.
Click Here: ScubaBoard needs your help...​

I believe that is the same guy. This is the Jerry that I knew but a bit older. 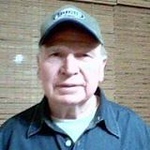 vjb.knife:
I believe that is the same guy. This is the Jerry that I knew but a bit older.
View attachment 546608
Click to expand...

Yes, that is the Jerry Clauser I knew.
Click Here: ScubaBoard needs your help...​

When does work on the Human Underwater Encyclopedia begin?

Let's get it done!
Being open-minded should be painful.

After all these years I was under the impression and refereed to Jerry as Claussen
and at this late date learn his name was CLAUSER
My sincere apologies to Jerry where ever you are...

Now
How many recall Mavic Hill ? The mother hen under Jim Jointer
(Sad news both Mavis abd Jim Jointer have passed away)

undrwater:
When does work on the Human Underwater Encyclopedia begin?

S
Tips on venting from counterlung with Full Face Mask
2