If you wondered what I wore on the Red Carpet, the answer is Russell sweats and a Yap t-shirt . . .

NICE SPEECH, LEO - I thought Leonardo DiCaprio's speech about climate change at the end was very well put. This isn't a political issue and it really shouldn't matter if you're a Dem, Repub, or Independent. It's sort of like gravity. Climate change should transcend politics and religion. And yes "only" 97% of the world's climate scientists think it's really happening but 3% of any group are bound to be idiots, regardless of education level. And the idea that other countries aren't doing enough so why should we shackle ourselves with burdensome regulations or cut back on this, that, or the other simply isn't a good excuse. We've only got ONE planet and there is no Plan B. Just as a microcosm of what can go wrong, look no further than the water supply in Flint, Michigan. The other way to look at this is to say, "Well, what if I'm wrong?" If you think climate change is real and we take steps to improve things and then it turns out not to be real, we've still improved things. But if you think climate change is phony and we do nothing and you're wrong, we may have passed the point of no return. One of the Oscar winners tonight made a joke about "Mad Max" hopefully not being a look into our future. I sometimes think of hoping that "Wall-E" isn't a prediction of where we're headed. It's not too late to take this seriously and make headway. With an election looming, you should take a close look at the climate change positions of any candidates who you can vote for and factor that into your decision process. End of rant (for now).

MORE SPECIFIC CLEANUP INFO - The official final tally was 317 divers who brought up 4,980 pounds of trash, which is a little over 15 pounds/diver. In case you're interested in a list of all of the winners of the various prizes, you can find it here: Avalon Underwater Cleanup results & awards.

FATALITY AT VETS ON SATURDAY - Details are still very sketchy but there was a fatality at Veterans Park in Redondo Saturday morning. A 35 year-old male was apparently diving by himself and got into some sort of trouble. He was spotted floating on the surface south of the main entry stairs and was eventually pronounced at a local hospital. Although conditions had been fairly benign most of the morning, about the time this fatality occurred, it's reported that the wave action picked up significantly. Whether that had any role in this tragedy is unknown but given that it might have (surge throws you around, waves make for a difficult entry or prevent an exit or whatever) it does underscore that a key thing you need to consider when making beach dives is not only what the conditions are as you're starting your dive, but what you think they might be when you will finish. I remember one night dive at Vets years ago and we went in during semi-OK conditions but when it was time to come out, the surf was running a fairly consistent 5-foot or better. We hung outside the surf zone for a while and I was seriously considering yelling to someone on-shore to call Redondo Baywatch and have them pick us up by boat when we got a break in the wave action and, with the help of some others already on-shore, got out without incident. But it was tricky to say the least. I'm not critical of the choice to dive alone but that might also have factored in here. There's nothing that can happen to you diving solo that can't happen to you diving with a buddy, but if something DOES go wrong, lack of a buddy certainly changes your range of options in dealing with the problem. Personally, I will never dive alone from a beach. You don't really have people on-shore who are watching that far out in the water (lifeguards are generally focusing more on near-shore activities and that's assuming there's a lifeguard present, which is not always the case), unlike on a boat, where you generally have DMs scanning the surface for problems. If there's more info to be shared down the road, I will but for right now this serves as a reminder that while scuba diving is a fairly safe sport, when things go wrong, they can go VERY wrong and you need to be prepared to deal with that.

TWO NEW STUDIES SHOWING SEA LEVELS RISING FAST - Certainly faster than previously thought and it appears to be influenced by human activity. You can read more about it here: Ocean levels are rising faster than ever -- and we're to blame.

DEAD SEA LIONS IN CHILE - There are reports of hundreds of dead sea lions washing up on the coast of Chile and it may be spreading to north to Peru as well. One culprit may be El Nino, which has affected food sources for the sea lions and they're simply starving to death. Read more about this at CNN: Sea lions wash up dead in northern Chile, Peru - CNN.com.

WHALE HUNT CANCELED - It's sort of good news/bad news. Iceland has announced they're canceling their annual Fin Whale hunt which is the good news. But the reason they're canceling is because the Icelanders feel that the Japanese, their primary market, are using outdated standards of what whale meat they'll accept and are unreasonably rejecting the Icelandic whale meat. So that's the bad news is that they're not canceling the hunt because they think it's wrong or they're overfishing a species in decline, but because essentially they can't sell their catch. Read more about it here: Japan market forces halt to Iceland whaling.

CHAMBER DAY OPENS FOR BUSINESS ON TUESDAY - As you'll see in the newsletter which you'll get tomorrow night, Chamber Day 2016 officially opens for business on Tuesday at 9AM. I hope we can count on your support this year. 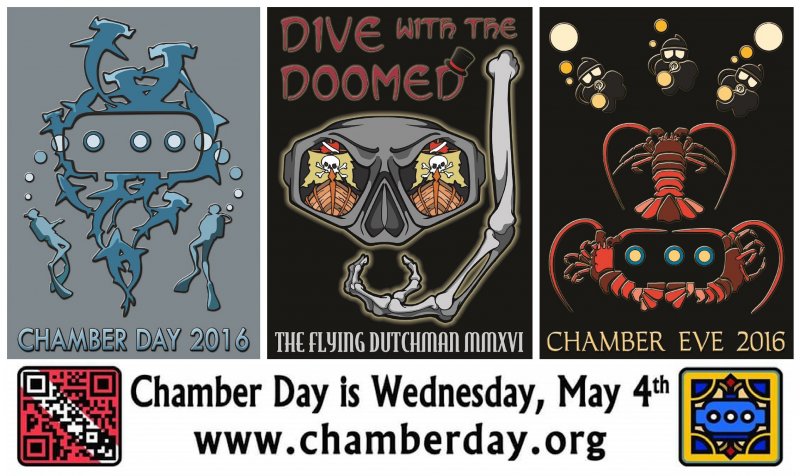 Thanks for the update. Most unfortunate to hear about the fatality at Veterans Park.
You must log in or register to reply here.