Here’s a tale of two dives for those of you who worry about what dove planning software has to say.

Both of them average about 60 feet. You see in the one that I could have come straight to the surface, deco ceiling having cleared on the way back, so with my average of 60, being under 100 minutes, I was no-deco diving the whole time. Even though I actually went into deco.

(But I had to wait around with my buddy who had their computer set to the default 30/70.)

The other one was actually shallower. But since I stayed longer, over the 100 minutes, my deco ceiling didn’t clear. I had to wait out about minutes more of deco (because I’d overstayed by about 2 minutes (if you’re already having trouble following… don’t ask).

But my question is: what does the desktop planning software that is oh so smart and valuable about this have to say about these dives? And does it mean my Shearwaters are wrong for agreeing with me and my horrible, horrible ideas?

According to the PADI nitrox 32 tables I’ve only got 25 minutes at 110 feet. So… apparently, I’m bent as a cheese-covered, chocolate-filled pretzel from that one dive!!!

oya:
people are afraid they’re going to be treated like idiots who obviously messed up to deserve to get DCS
Click to expand...

I've never seen/heard this happen. Is it common in some communities?

Literally earlier in this thread, Shirley:

Me: “Ive been bent only twice, both of them completely benign and semi-deserved, in thousands of dives, many of which are likely to have been far more advanced and aggressive than most are likely ever to do.”

Some person who doesn’t know me from Adam: “You’ve been bent? Well that draws anything you have to say about decompression into question.”
Roger Williams : Dive Bum -- Owner/Operator/Instructor XOC-Ha
TDI/SDI Instructor #18600 -- NSS-CDS Instructor #396
XOC and Awe Blog

Maybe he was joking.

Forget it. I have no interest in your profiles; they work for you, that's what counts.
it is not the way I would dive, but that is irrelevant.

My issue is the use of an average depth to do anything.connected with nitrogen uptake/offgasing.

My question above related to none of that. You said, "people are afraid they’re going to be treated like idiots who obviously messed up to deserve to get DCS." i asked where this kind of attitude was common, since I've never heard it. You clearly do not like to answer questions, or to be questioned.

I answered your question.
The answer was “right here in this thread.”

So, ScubaBoard is the place where people rag on you for getting bent? is that your point?
I'm terminating my side of our "conversation." It is boring and unproductive.

I'm not a tech diver, but I am a bit of an algo nerd, and I think a lot of this can be pretty easily visualized and demonstrated.
There's an open source tool called "DIY ZHL" that measures n2 saturation in the 16 tissue compartments.

Using a 40 minute dive time, one with constant values from surface to final descent depth of 90 feet (left) and one using the average depth (which came out to 47ft) of the previous profile (right), you can see that the averaging slightly overestimates N2 loading.

However, if you then take a profile that aims to spend more time at max depth (100ft, average of 72ft), you can see the averaging slightly underestimate N2 loading compared to constant polling.

Obviously, using max depth on a non-square profile is going to give you a much reduced overall dive time.

The value of the computer though is that it is not depending on average depth nor max depth - it is constantly reevaluating on the fly, to create the most accurate value according to the algo in use, at that moment.


If youre familiar with Jupyter Notebooks, you can play around with it: 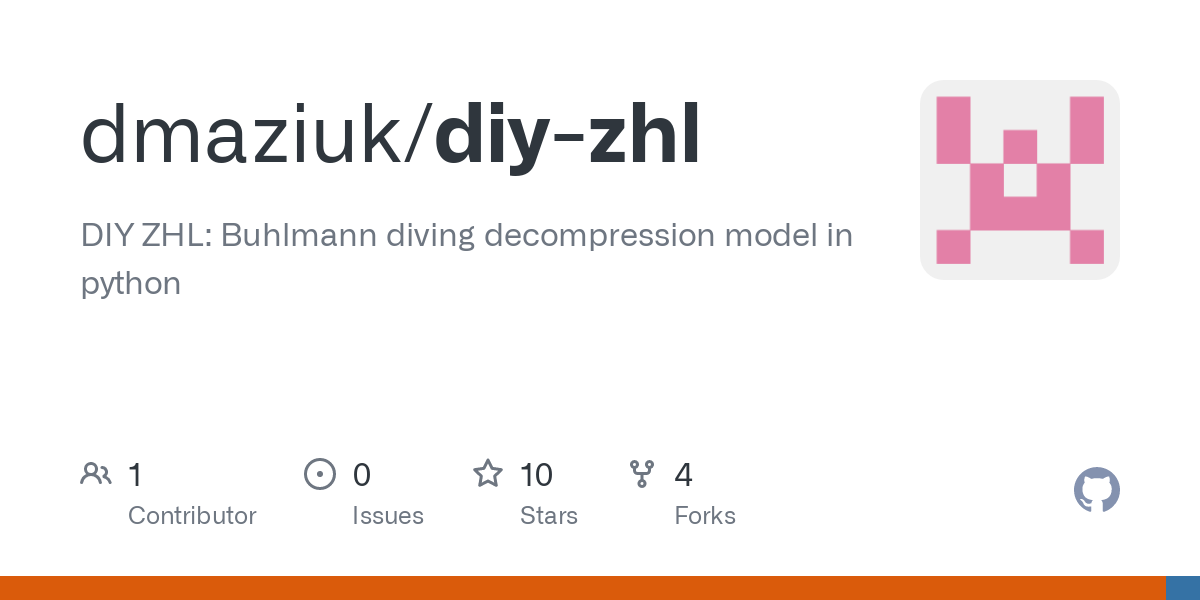 This is only measuring N2 loading, not NDL or deco time, but it's closely related.
I think the "rule of thumb" worked fairly well as far as providing a ballpark idea. There's definitely variation, but there's not any massive difference. The only caveat is, these are just two profiles - the variation will rise the further the profile gets from a square. I
Feel free to contact me to dive in central Florida!
You must log in or register to reply here.