We (wife and I) have known Ben for a few years as we have some similar friends and took his Intro to Tech course 2 years ago. During that course, we got to see his teaching style and the way he ran courses. Shortly afterward we started working with him to get this course scheduled and done. We went in thinking rEvos would be the CCRs we wanted but he led us through some good discussions about other rebreathers and some of the trade-offs. For the type of diving we plan on doing, we all agreed the rEvos would be a good fit for us. We had some scheduling issues on our side that delayed taking the course as soon as we wanted but Ben was really accommodating and was easy to work with. I’m currently taking evening grad school classes so my windows of opportunity for week-long training sessions are relatively limited. We ended up picking early September, knowing we all wanted warmer water and the least likely to get hit by a hurricane, we ended up picking Playa Del Carmen as our training site. This should allow for a few ocean dives, plus all the cenotes, and if the weather was bad we could just do everything in the cenotes.

We ended up breaking up the academics over 2 nights prior to the first dive day. While it can be covered in a single day, breaking up I think is actually a bit better. It lets you think about, and mentally digest the material a bit better. So, while the standard materials were covered, Ben really emphasized understanding the underlying causes. He was constantly asking us “why?”, having us link previously covered topics, making us think through the cause, and what effect the fix would have. It wasn’t enough to know that something is happening here is the fix, he wants students to grasp why did it happen, now that it happened what is it doing/going to do, how to fix it, and why the fix works, and now that you fixed it what effect did that have. I appreciated all the real-world examples and experiences he can pull from; he was able to liven up dry topics with those and make the topics and material more relevant to students.

Dives 1 and 2 were in the confined water section of Chikin Ha cenote. It was the first 60 seconds of the first dive and I thought Ben was going to fire me as a student. I somehow managed to go from one extreme of loop volume to the other and back, probably a few times, all in the space of a 10ft descent, and bailed out (but hey, I managed to remember to close the DSV lol). That was probably one of the most humbling moments in my diving “career”. I don’t claim to be a world-class open circuit diver, but I think I’m pretty solid, and there I was 45 seconds into an intro class, and I already screwed up massively. Ben was right there making sure I was okay, but then let me get my **** together, and proceed. The classroom training started kicking in, and started thinking through the why and got everything sorted. This was a huge confidence boost, after the massive hit it just took. The fact he didn’t thumb the dive and that he had me work through it was oddly reassuring. I can only imagine what was going through Ben’s head, and I’m sure it was a lot of 4 letter words questioning why he undertook me (wife was rocking everything, as her standard lol) as a student. The rest of the two dives were what I would call the bedrock fundamentals and open circuit buoyance appreciation dives. All of the skills you need to dive the rebreather and then just the long, and still ongoing, the path towards getting CCR buoyancy dialed in.

For the rest of the dives, now that we had established, we had the basic skills Ben really started what for a lack of a better term, I’d call scenario diving/management. Going back to how he approaches the classroom, he wants students to think through things and understand why and the impact of their decision(s). So, when instead of just doing skill drills and being done with it, we started to have to deal with our solution to the problem, instead of the exercise just ending right away. Another aspect of Ben’s training is that he likes to prepare when safe to do so (environmentally and student level), the students for the next level or their target level. For example, while we weren’t in deco, we did simulated deco stops on the way up.

Ok so now for a brief summary of the rest of diving. Dives 3 and 4, our first dives not in confined water conditions, saw us at the Azul Ha cenote. A training thing Ben did during our ITT and broke out for this dive was shooting a bag then having various line markers on it and having us do some skills between them, it was a good visual awareness/training. Somehow this managed to go well for us, not sure how, but managed to stay close to the middle of the markers. When we got back to the surface between dives, we compared NDLs when Ben and we were able to see the effect of our PPO2 management versus his (hint: he had way more NDL than we did lol). Considering my performance the day before I was a bit apprehensive, but the dives went well. This was also my first experience of what is possible, for some small fleeting moment during the dive everything was quiet, PPO2 was exactly on target, everything was perfect, just that ohhhhh this is what it's supposed to be.

Dives 5, 6, 7, and 8 (the next 2 days) were ocean dives off a small local boat. It was excellent to get some exposure to the ocean with Ben. The cenotes are excellent training but are relatively benign. So getting some exposure to currents, salt water buoyancy, dive boats, was great. Scenarios kept getting longer, ok you have a stuck solenoid and elected to feather the valve, let's swim with that for a while. Ok, you bailed out, stayed bailed out, and now you get to ascend off the loop. Coming from a pretty streamlined OC setup, dealing with the current in the rEvo with the bailout was…. enlightening.

Dives 9 and 10 were in the Angelita cenote. After the last few dives Ben, for reasons unbeknownst to me lol, thought we were competent with our skills and managing the scenarios, and had us run the dive as if it was just the two of us post certification. I have no idea if this is standard but reminds me of my old flying check rides and something I don’t think enough instructors do. While post dive on the surface interval he had some feedback for us, it was all just things for improvement or why did you do X, and then us walking through the thought process.

The next day we had 2 fun dives at the Marra Villa cenote. These were done in the same manner as dives 9 and 10. We planned and conducted the dive under Ben’s supervision but as the lead and without his direct intervention. The last two days of the course were really confidence inspiring, yeah I have a lot to work on (buoyancy and trim being the primary areas) but, I felt confident that I could dive the unit within the scope of my training.

I feel incredibly confident in my foundation in CCR as I now gather hours, experience, and dial-in skills. Don’t mistake that confidence as false confidence in my abilities, I know I have a lot more to learn, a lot to still refine, and cannot be lackadaisical in any aspect of diving my rEvo. More importantly than just feeling a base level of confidence in physical skills, I think I have a great understanding of why things are happening. The former while important, in my opinion, is the lesser of the two skill sets and for that, I’m incredibly satisfied with the course and Ben’s approach.

I would recommend Ben’s course to anyone that wants to understand the ins and outs of the unit along with the associated skills, but more importantly the why/how of the unit. You will have to work for your certification, it will be earned not given. With that being said, Ben will be there every step of the way, so long as you are open to it. You will hear him chuckle in his loop as you inevitably screw something up, and you will get honest and frank feedback about it, but you will also get the coaching and mentorship about how to fix or improve things. Ben won’t sign off on certs he doesn’t think you are ready for, but he will work with you on how to get there. This approach really aligns with me, and my flight training background, but perhaps others may not. Once we reach the hours/dives, and feel comfortable on our units we will be using Ben for further rEvo training, and really looking forward to it!

Also briefly wanted to thank all the other divers I pestered getting ready/learning. Thanks for humoring this absolute noob.

Ben took these during the course and thought they were really cool. 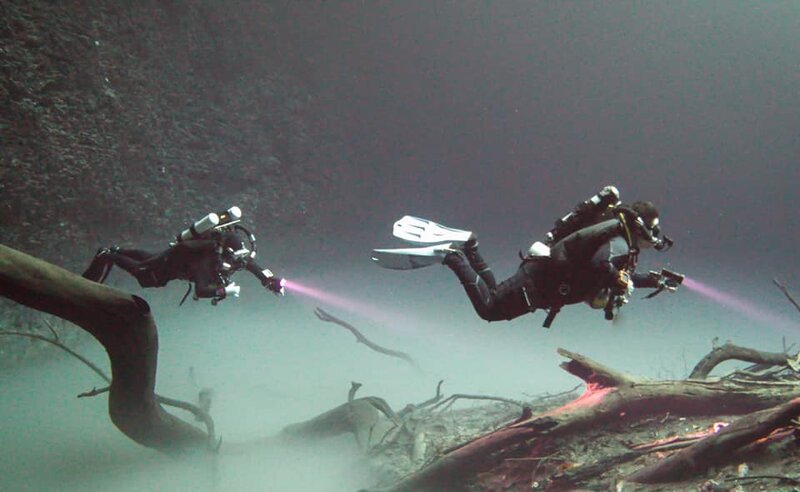 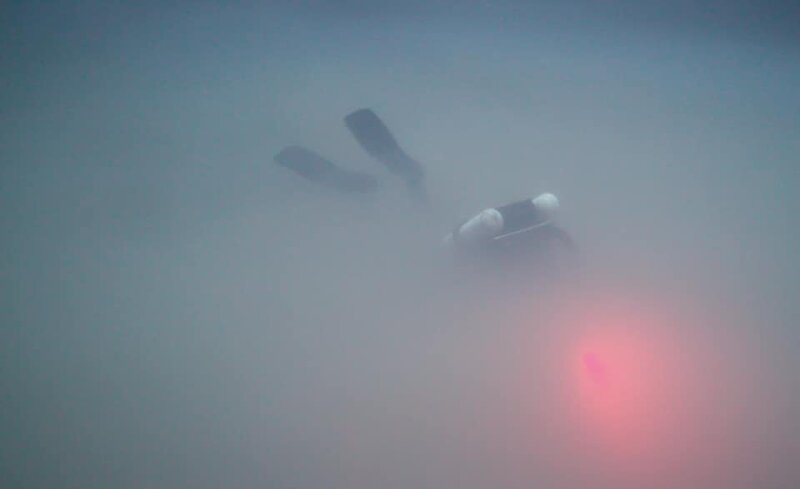 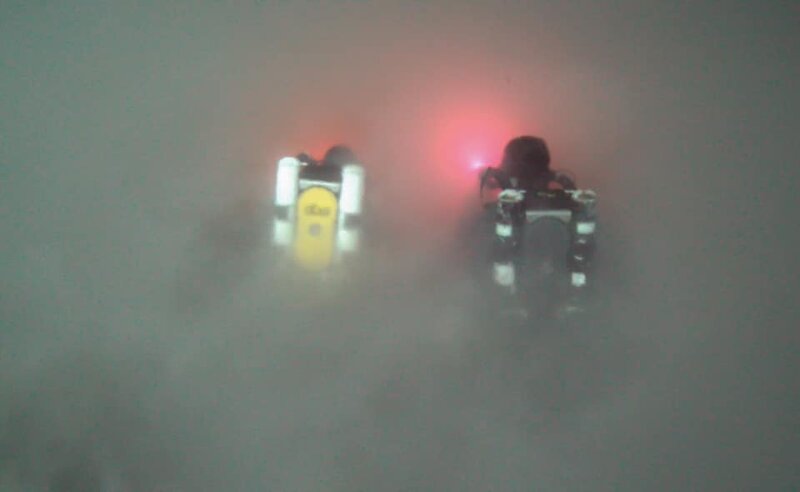 I met Ben shortly after getting my rEvo nearly 5 years ago.

Now you just need to get Ben's Truk trip in a year.
OP

I met Ben shortly after getting my rEvo nearly 5 years ago.

Now you just need to get Ben's Truk trip in a year.
Click to expand...

Nice! Welcome to the rEvo family!

Thanks for taking the time to write a review on your experience in the course. You guys did great. I am excited to see where the rEvo takes you guys!
Paragon Dive Group
www.ParagonDiveAdventures.com
CCR training - rEvo & CM O2ptima
Technical Equipment, Training, Travel

Black rhino liner, previous owner did that lol. But I’m going to keep it.

azstinger11:
Ok so now for a brief summary of the rest of diving. Dives 3 and 4, our first dives not in confined water conditions, saw us at the Azul Ha cenote.
Click to expand...

The real training was getting to that darn cenote xD ...and those tarantulas crossing the road were surreal.
Congrats on certifying!
You must log in or register to reply here.