I dived the southern route and then the northern route on the Red Sea Aggressor (RSA) in back to back weeks between April 24 and May 6, 2016. This was my 1st experience with the Aggressor Fleet

Reservations and logistics: I was living in Basel, Switzerland when I made this trip. I made my own airline reservations and flew nonstop from Zurich to Hurghada on Edelweiss, a subsidiary of Swiss Air. I made land transport and hotel reservations though Aggressor Adventure Travel, they were great, went flawlessly. I did a day of land based diving with Emperor Divers prior to boarding the RSA (see separate review of Marina Lodge Hotel and Emperor Divers). The three hour drive from Hurghada to Port Ghalib was pretty grueling in both directions. I would consider flying into Cairo and taking an EgyptAir flight directly to Marsa Alam. My wife and I spent a separate 2 weeks in Cairo and on the Nile between Luxor and Aswan, including a side trip to Abu Simbel, in February. This was a great trip, would advise visiting other parts of Egypt is you are making the trip to dive in the Red Sea.

The boat: The boat was clean and well cared for. We had only 4 passengers (3 divers) for the first week and 7 divers for the 2nd week. We had the luxury of all the room we wanted or needed. The air conditioner did not work optimally in the 1st room I was given so I was immediately moved to a new room. The rooms were extremely comfortable and roomy for a single. They would be fine for a couple who knew each other well, might be a bit tight for strangers. The lounge/dining room was very comfortable. We had internet access when we were close enough to shore for the boat to have a cell signal.

The crew: The crew was absolutely fantastic and did everything they could to ensure a great trip. The cruise director/guide, Mahmoud was great, very friendly and a shared a wealth of information about Egypt. Zodiac drivers Islam and Emad were very skilled. German guide, Angela, was very good with an unskilled diver the 1st week.

The food: The food was from good to excellent. If anything, there was too much available and one had to show some discretion. Chef Amr and stewards Hegaze and Nubi bent over backwards to satisfy any reasonable request.

The diving: The diving was really excellent, but, I went in with such high expectations, that there was probably no way they could have been fully met. I did 22 dives, including 4 night dives, in 5 ½ days on the southern route and 22 dives, including 1 night dive, in 5 ½ days on the northern route. Night dives are not allowed at Little Brother, Big Brother, or Daedalus. Most dives were done of the zodiacs, 32 total. AL 80s were standard, a few steel 100s were available for reservation. Fills were always good and nitrox always right on around 32%. The dive deck was very good, you stayed in your assigned place for the duration and tanks were filled in place. Hot showers and warm towels were most appreciated. They issued Nautilus Lifelines for use on the northern route from Little Brother to end of the trip. Highlights of the southern route included beautiful hard coral gardens at Abu Dabab I, large schools of Hammerheads at Daedalus, beautiful caverns and swim throughs at Cave Reef, and snorkeling with Spinner Dolphins at Sataya (Dolphin) Reef. Other cool encounters with Napoleon Wrasse, Giant Morays, Blue Spotted Stingrays, Anthias all over the reef. Highlights of the northern route included a few Thresher sharks and a couple of mantas at Little Brother, a Thresher and the wrecks of the Namidia and Aida at Big Brother, the Hammerheads and anemone gardens with many Anemonefish at Daedalus, and a good dive in brisk current with sharks at Elphinstone. Wish I could have seen some Oceanic White Tips, but you don't always get everything.

All in all, one of the best dive trips I’ve done, very glad I had the opportunity to do it, many fond memories. 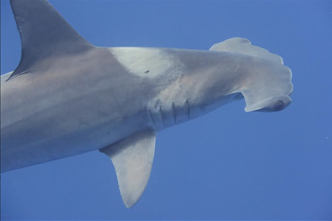 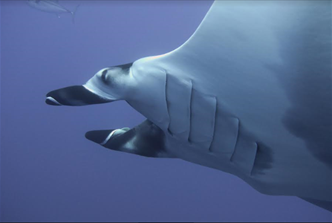 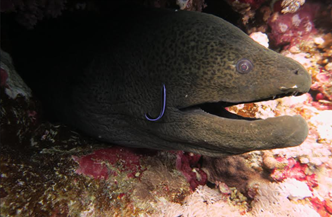 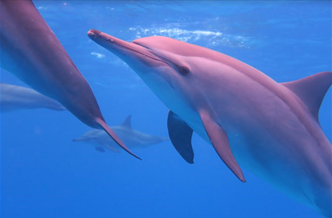 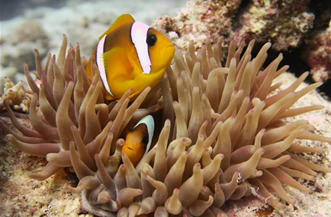 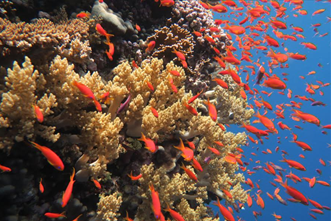 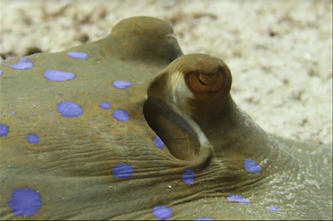 Wow , excellent report , many thanks for posting. We just love the Red Sea and have had many wonderful trips there.

Shame about the Oceanics, you will just have to go back later in the year to see them.

Nice shots. Do they use any baiting to bring sharks in? How close did the various species get?

If you had to choose between just doing northern vs. southern route, got a preference?

Topside on your land travels, did you see any Nile croc.s up close? Gator Land out of Orlando, Florida, had one awesome to behold when I visited years ago.

drrich2:
Nice shots. Do they use any baiting to bring sharks in? How close did the various species get?

If you had to choose between just doing northern vs. southern route, got a preference?

Topside on your land travels, did you see any Nile croc.s up close? Gator Land out of Orlando, Florida, had one awesome to behold when I visited years ago.

Thanks, all my photos were ambient light using a Canon G7X in a Nauticam housing and one button custom white balance.

No, there is no shark baiting. It is also illegal in the Egyptian Red Sea, though it has been reported to occur, of course. Back in 2010, shark baiting was thought by some to be responsible for a series of shark attacks near Sharm el Sheikh, who knows.

Off Daedalus, we saw schools of up to 40-50 Hammerheads on a few occasions and smaller schools several times. The sharks were not particularly interested in the divers but were not timid either. If you just stayed relatively still, without chasing them, they would come quite close before veering off. The photo I posted was taken from about 5-6 feet, I had many encounters like that. The Thresher sharks were always seen alone, deeper, and were quite skittish. I was never closer than 10-15 feet and encounters were short. We had a nice encounter with a Silky Shark below the boat one day that lasted for about 10 minutes and had several reasonably close passes

The 2 routes were actually quite complimentary and I enjoyed both very much. If I could do only one, it would probably be the northern route with a day at Little Brother, a day at Big Brother, 2 days at Daedalus and a dive or two at Elphinstone. I hear the chance of encountering Oceanic White Tips is better later in the year than when I went.

No, we did not see any Nile Crocodiles, except mummified. We were told there a very few to no Nile Crocodiles in the Nile north of Lake Nasser. The High Dam really changed things. There have been a few found in the wild in Florida though

Good diving, Craig
You must log in or register to reply here.