I originally wrote about the PBM Mariner in this post:

Another relatively unknown airplane wreck here in Southern California. As far as we know, it was first discovered and identified by @Steve Lawson . @California Diver and I dove it on Monday of this week. The visibility was not great but I was able to get some good photos. The wreck consists...

@California Diver and I returned for a second dive so I could finish my photogrammetry model. We had much better vis on the second dive but, unfortunately, I had issues with my lights and was "only" able to take natural light photos. I built a model of the entire wreck site showing both engines, the wing, the tail section, turret, etc.

Details with links to the model and screenshots are posted here:

Background Tyler and I first dove the PBM Mariner a couple weeks ago. During that dive, we had very limited visibility so taking pictures was challenging and I built a photogrammetry model based on…

Here is a screen capture of the model showing the different areas of the wreck: 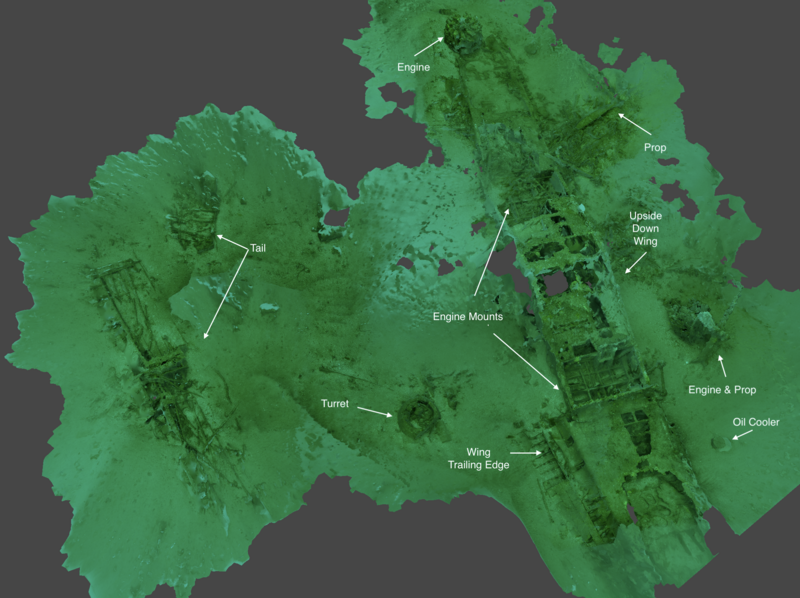