My wife and I are moving from the north GTA to London in July. I'm a PADI O/W diver who is planning on getting the AOW card in Bonaire this April.

I have a couple of questions.
1. Are there any scuba clubs in the immediate area? and
2. Are there any dive sites in Lake Erie or Huron about an hour or so away from London?

There are quite a few dive sites within an hour of London! I'll let someone in the area way on on that.
J

One of the best dives an hour from London is a quarry that isn't advertised, doesn't have regular hours and has only been open to divers for about the last two years. It's called the Dolime quarry and it's on highway 24 just north of the 401. It often has 75ft or more of visibility, mostly 35ft deep with a deep end that's 90 ft. Temps in the summer peak at about 70F at the surface, 65F at 30 ft and about 55F at 70 feet and deeper. Right now it's 37F below the ice and 100ft viz. It has spectacular vertical walls, a few fish, freshwater sponges, some custom underwater attractions, and some pieces of old equipment in there.

Since it isn't run as a business, like other local quarries that you may have heard of, you have to call Groundhog Divers in Kitchener to arrange for passes, $10, and be put on the mailing list for gate times. We are diving it every weekend and from about April on it'll be open every Tuesday night and one or two mornings on the weekends. Right now we are doing ice dives every weekend except when the volunteer gatekeepers are away on tropical diving trips. When the ice clears in late March we'll be back to doing OW dives every weekend for the rest of the year.

Plan for two dives except during the winter or when the sun starts to set too early on Tuesdays. Tuesdays features mentoring. where we welcome questions of any kind about scuba (problems, skills, training, equipment, travel, etc) and we aim to answer objectively. After diving we socialize for an hour or so (bring a chair and beverage.) Although not a formal group we have regulars out every dive and up to about 30 people at peak times. Members of that group arrange weekend trips and flyaway trips to various places and often invite the others.

If you need a buddy let the shop know and they'll pass it on to the gatekeepers (myself among them) who will help you find one or more people to dive with.

Another place an hour from London is Trout Lake near Innerkip, a private trailer park, admission about $10. It's about 25ft deep has some interesting fish, lots of sunk junk (two airplanes, two school buses, cars and boats) but regularly has horrible visibility, like 10 ft or less. When it's good you should try it out. You'd need to bring your own buddy.

Neither place has any dive shop or rental gear so bring what you need.

A little further afield is Cedar Hill near Wiarton. It's a public park, no admission fee. Depths go to 200 ft although it's a hell of a swim. There is lots of sunk junk at 45 ft. Temps vary based on which way the wind is blowing, but plan for 65F to 50F.

Gullivers Lake is off Safari road near highway 6 between the 401 and Hamilton. It's a private park, admission about $10. It's 20 ft deep, sees lots of divers and has vis often between 10 and 30 ft getting worse as the summer warms up. There's not much to see there, but it's warm water in the summer.
J

This was taken this week at Dolime 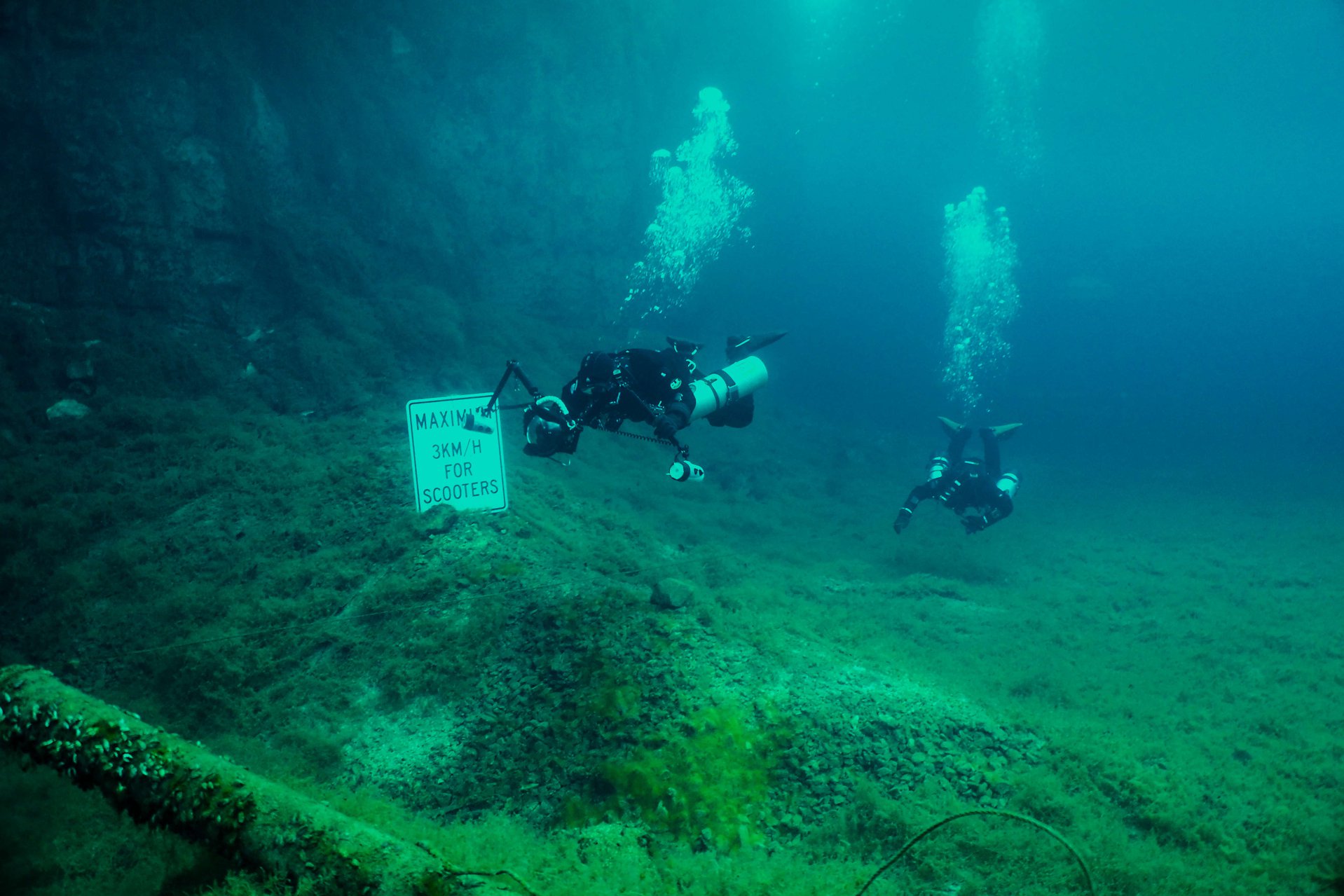 Thanks jvanostrand for the local diving options along with the details. Great pic as well, best viz in Ontario.

The Wexford wreck out of Grand Bend is only a short drive from London as well, when the opportunity to dive her arises.

Yes thanks, have already been in touch with Terry @ London Scuba Centre.
You must log in or register to reply here.