sourdough:
Two things helped me with dsmb deployments. One was filling the sink with water to practice loading the smb. Seriously, I repeated the process dozens of times in the sink, and it locked in the muscle memory. Now whenever doing an ascent I deploy the smb from depth and ascend the line, it actually makes controlled ascents much easier, and is fun.
Click to expand...

I suppose I could use something like an 18-gallon storage tote or cooler filled with water to practice at home.

What's "challenging" for me is mostly the whole A-to-Z process, and doing that quickly. For my current rig, that is:
The actual shooting the DSMB is only a fraction of the overall time and fumbling, which is why I want to do it in the water. That said, perfecting any portion of the process without having to actually be in the water, diving, etc means I can practice those parts at any time, and I've improed a few other skills with out-of-water practice.

Before practicing putting the smb & spool together in the sink I did a lot of hand fumbling in water. 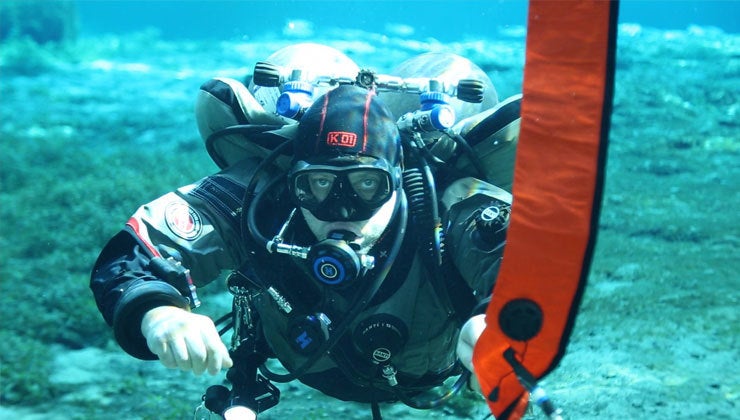