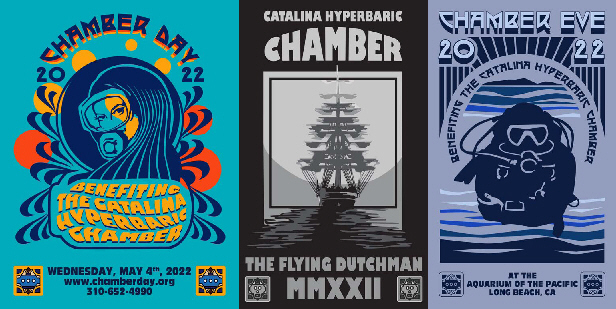 We are tantalizingly close to passing the $70,000 mark.

A big part of our latest surge comes from a very generous Platinum-level donation from John Turney in memory of Mark Tulin. John and Mark were both longtime crew members at our Chamber and spent a good amount of time together. So we’re glad to see that John is willing to donate in memory of his friend.

In fact – non-Challenge Easter Egg here – you may or may not know that Mark was a founding member and bassist of the psychedelic rock band The Electric Prunes. “I Had Too Much to Dream (Last Night)” was their biggest hit. Mark’s signature look on-stage was to wear a top-hat. And every year since Mark died in 2011, somewhere on the Flying Dutchman logo, you will find a small silhouetted figure of a top-hat as our memory/tribute to Mark and what he meant to our Chamber.

We have a number of “In memory of . . .” donations in this update, a reminder that you can tag your Challenge donation to honor someone no longer with us. We have also modified a previous donation, from the Jeremy & Marlo Wolf Family Foundation, to now be in memory of Andrew Ainslie, who passed away earlier this week.

That prompts me to remind you that during Chamber Eve, we always do an “In Memoriam” segment to remember those who have passed away since our last event. If you have someone we should include, please send me a note.

Lastly in this update, we want to thank longtime donor (he’s on the Flying Dutchman too) Doug Lada for his Silver-level donation.

We’re inside of three weeks to go and we still haven’t heard from many of you who contributed last year. Please don’t wait until the last minute. Here’s the link to show you believe in what our Chamber does: https://usc.qualtrics.com/jfe/form/SV_cTKwbhUykVzL95Q