When describing the beam of dive lights, you know the flood beam provides a wide-angle beam with a more distribution of light. Spot beam, on the other hand, is to get the most throw distance and features a focused light. And when making technical diving for exploring caves, wrecks, you will need a spot dive light, such as XTAR D26 2500 dive light, with beam throw 320m, it can penetrate and throw far away. For this kind of spot dive lights, what’s the science behind the beam throw? Let’s view more below.

1.Reflector design
There are three major components on a reflector’s design which affect the light throw. The first factor is the size and overall diameter the reflector. Generally, the wider and deeper the bezel of the light is the more throw that can be achieved. Second factor is about the reflector’s shape, by using an elongated, parabola-shaped reflector (as the pic shows below), a dive light is able to collimate light in a very effective way, creating the hot, focused spot of light. Besides, the reflector texture also has an impact on the throw. Comparing to orange peel texturing reflector, the best throw distance are realized by smooth highly polished reflector.

2.LED technology
LED itself will also have an effect on a dive light’s beam profile. Some LEDs are designed to maximize the total lumen output, others are engineered to support high-intensity applications. In general, the higher the peak beam intensity rating given to a dive light, the better throw distances are possible. 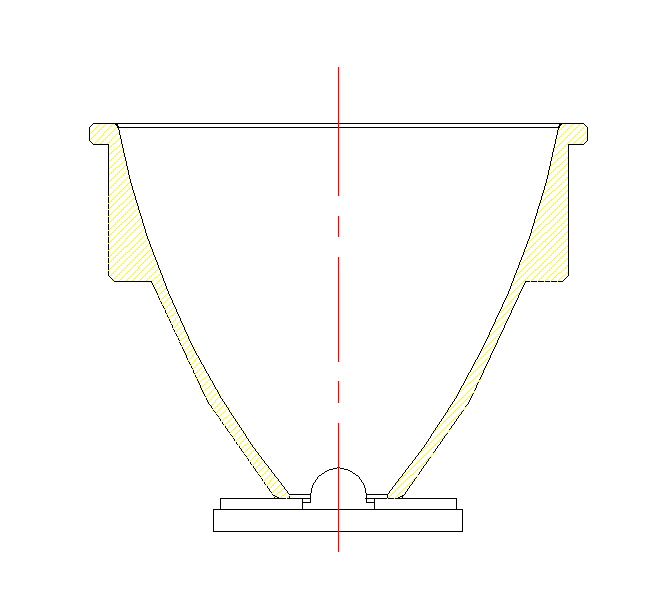 You have completely forgotten to mention the use of lenses in order to get a tighter beam.
BAD BOY !
Michael
OP

michael-fisch:
You have completely forgotten to mention the use of lenses in order to get a tighter beam.
BAD BOY !
Michael
Click to expand...

You are great! Yes, in order to create beam profiles with little to no hot spot and a very even transition of light outwards, flashlight manufacturers often rely on additional shaping on the lens of the flashlight to help distribute light smoothly.

It is mostly in the weight, heavier lights are harder to throw far.
See you space cowboy...
OP

Manatee Diver:
It is mostly in the weight, heavier lights are harder to throw far.
Click to expand...

Do you mean it's about lights' housing material? How about the influence.