At what depth do commercial divers generally use helium? Can anyone explain how the recent studies in gas density and Dr. Simon's recommendation to be on helium at 100' (which are for technical divers) effect commercial diving? Thanks.
"You are not a drop in the ocean. You are the entire ocean in a drop." (Rumi)

The British and Norwegian sectors of the North Sea require Helium below 50 meters/165'. In addition, all Helium diving requires a closed bell and mating deck chamber (paraphrased). Effectively this requires saturation diving below 50M.

There is still some surface-supplied HeO2 diving in some areas of the world but it is increasingly only used for small jobs and when DSVs are not available. Some areas with no jurisdictional restrictions on diving and local companies can do whatever they want. Surface supplied air dives to the 180-200' range are not uncommon.

However, Nitrogen Narcosis is far more manageable on surface supplied operations. Supervisors can talk to you, can usually see what you see with the hat-mounted CCTV camera or a supporting ROV, and you are on the end of an umbilical where they can yank your butt off the bottom if you loose control. Compare that to being on your own or maybe with an equally impaired dive buddy on Scuba. There is also a significant difference in training and experience. New dive school grads don't get in the water on deep air jobs unless the company is a fly-by-night with no expectation of getting more contracts.

I hear of a few surface-supplied trimix jobs but they are pretty rare.
Click Here: ScubaBoard needs your help...​

I’m currently in saturation, stored at 15 meters on Heliox, this is as shallow as we can go, and the main reason why is that there is a large amount of work to be done at this depth and 24hr bell diving is more efficient than surface supplied diving. Bell diving is subject to slightly increased environmental parameters such as tidal flow, etc. too.

there’s a variety of reasons why we wouldn’t go shallower, such as problems maintaining the integrity of the system (one messed up lock run and you’re on the surface!) but the main one is that working off a DP vessel, the excursion umbilicals have to be restricted to Keep divers out of the thrusters, and any shallower, you wouldn’t have enough umbilical to do anything.
Tri-mix was ‘in vogue’ for a while, mainly for bell bounce diving but the main alternatives to bell or TUP diving are surface supplied air or nitric.

Heliumthief said:
I’m currently in saturation, stored at 15 meters on Heliox, this is as shallow as we can go,
Click to expand...

It must be strange to be shallow enough for an air sat. Is this limit based on the minimum differential for the surface-based recirculating system, DP (Dynamic Positioning), clearance under the keel, or something else? What is the depth of the water/excursion depth?
Click Here: ScubaBoard needs your help...​

I think the shallowest we ran sat was 55m according to my logs.
Searcaigh

Inland in the 90’s USA it was 200’
-Whether you think you can or not, you are right- Henry Ford
-...for whatever foolproof system you implement nature will just deliver a better fool. -fsardone

For all your training and technical gear including CCR Cave with Optima & Liberty & Kiss Sidewinder
www.underwateradventures.net

Certainly weird to look up and see the thrusters...!
Kind of all of the above, too...but mostly because of the Cmax length allowed for the excursion umbilicals becomes so restricted due to the distance to the nearest thrusters that you would be pointless going shallower...
I don’t have the manuals to hand but at these depths the excursion limits are pretty tight,bottom would be around 20-odd meters.
As for reclaim....well, the divex system has a ‘shallow water’ set up, but even then, it takes a bit of skill both up top and in the bell to get it working...
As for air sats....well, there was talk in the industry a few years ago, but most who actually were involved in air sat years ago were pretty damning...! Bell Bounce is slowly crawling back into the frame as the main alternative to shallow sat, as there is more control over the full dive than over-the-side baskets and/or surD02 and slightly better environmental limits too...

Heliumthief said:
Tri-mix was ‘in vogue’ for a while, mainly for bell bounce diving...
Click to expand...

I didn't know that any bell bounce diving systems were still around. Little bell bounce systems like this were all over in the late 1960s and early 70s but I haven't heard of any in operation for decades.

This one was from the late 1960s and rated for 600'. Cal Dive was one of the companies that merged to form Oceaneering. 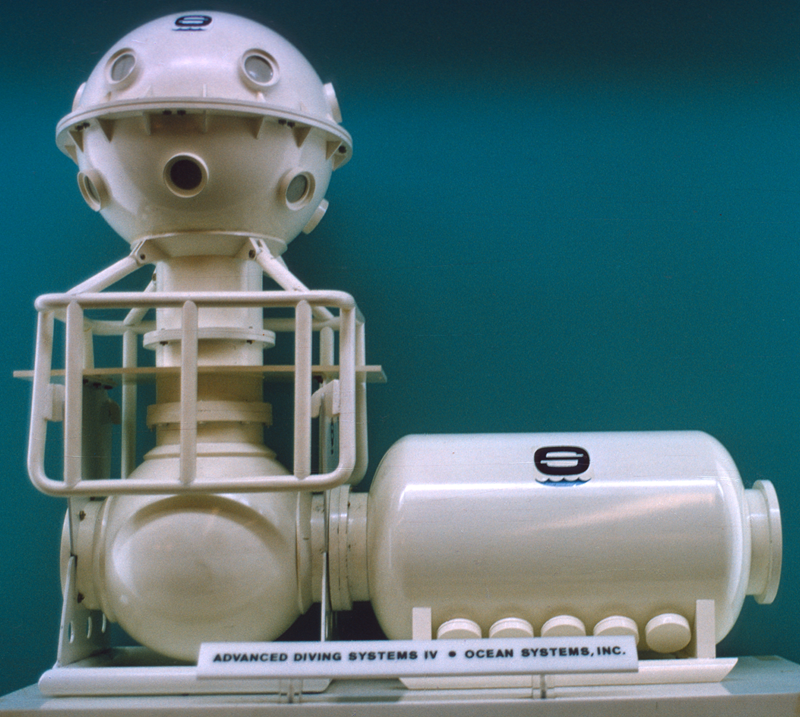 This is a model of one that Ocean Systems made quite a few of. Both bells were only 66"/1,676mm spheres. I saw one in the North Sea in 1976 but most had already moved to calmer waters in the Gulf of Mexico, Singapore, and Persian Gulf and only used for exploration support.
Click Here: ScubaBoard needs your help...​

Heliumthief said:
Bell Bounce is slowly crawling back into the frame as the main alternative to shallow sat, as there is more control over the full dive than over-the-side baskets and/or surD02 and slightly better environmental limits too...
Click to expand...

I would enjoy seeing some photos if you get the chance. Are these bounce systems portable/using vessels of opportunity or integrated into smaller DSVs?

I did an HeO2 sat at 50M and switched to open circuit air in the water. This was on the Andrea Doria in 1973. Our gas supplies and budget were low and our push-pull system (conceptually like the Divex today) was leaking. We didn't even notice the difference between air and Helium except the heat transfer and our voices.

Was that limit imposed by OSHA (Occupational Safety and Health Administration for non-US readers)?
Click Here: ScubaBoard needs your help...​

So far, bell bounce (now called TUP diving) is only being done off DP Sat boats in the North Sea, basically using one of the bells and one chamber, although at least one of the big boys is considering making a dedicated system up, and a Norwegian IRM company was ‘marketing’ a dedicated system which consisted of the bell, and a small TL connected to a hyperbaric lifeboat with a couple of locks, to get around the issues of escape, etc. (There’s quite a good ‘animation’ from a company called Nsea on the internet, for their TUP system which used to work in the southern sector of the North Sea. It eventually had to move the system to another region, as, amongst other issues, the only escape the system had was to either emergency deco to surface, or blow everyone down and get them in the bell, launch it and drop the weights...)
You must log in or register to reply here.

How do you learn your narcosis depths? Gas switches?
5 6 7 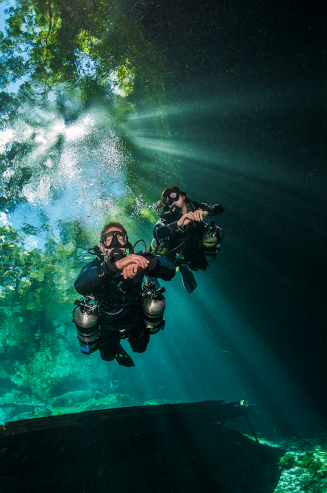